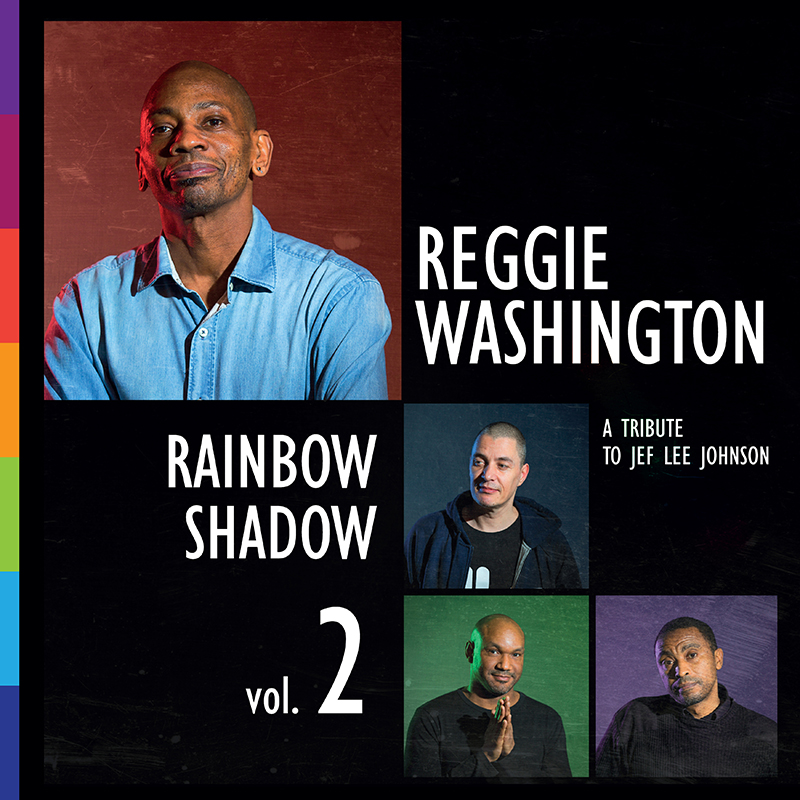 Reggie Washington continues his tribute to Jef Lee Johnson with the release of Rainbow Shadow – Vol 2.

Reggie already had in mind the tunes he wanted to record for this 2nd volume and Marvin, Grazz & Pat brought other ideas, arrangements, their feeling and personalities to the project. After the initial recording at Da Town Studio, Reggie invited other musicians who played with or knew Jef, or whom Jef admired, to contribute their skills to the project.

This album expresses many feelings reflecting today’s tense geo-political climate. It speaks to our times. And if you carefully listen to and read Jef Lee’s lyrics, they ring true.

When talking about the project Reggie states “Rainbow Shadow is also a collective of musicians who want to spread Jef Lee’s music all over the World to reach as many people as possible. This is the most beautiful present we can offer Jef… and the world.”