Old photo leads to question Is This Really Robert Johnson? 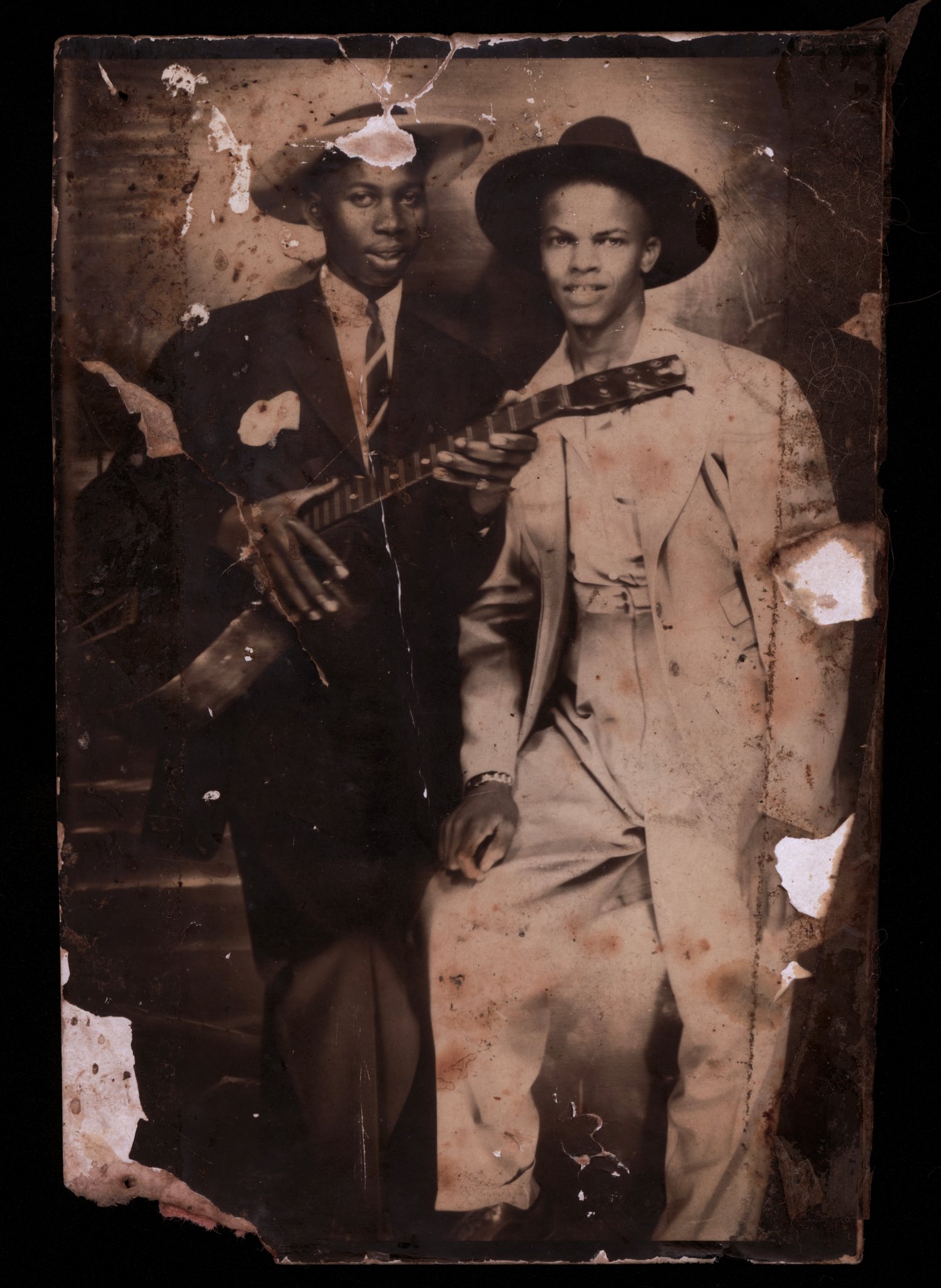 The New York Times published an article by Mark Bussell today shedding light on what seems to be the third authentic image of the legendary Blues icon Robert Johnson. Johnson has always been associated with conspiracy based on the Cross Roads legend and as can be seen in Bussell’s article this also applies to the discovery of this image. A great article for Johnson fans and if this photo is found to be authentic a great addition to the Robert Johnson legacy.

New York Times: The deal was done at a crossroads. There, according to legend, the bluesman Robert Johnson sold his soul to the Devil in exchange for otherworldly musical prowess — guitar playing, singing and songwriting that would make him an idol, still studied and revered almost 80 years after his death.

Zeke Schein came to a crossroads, too, when he bought an old photo (Slide 1) that he believes is only the third known image of Johnson. Johnson’s family, a prominent forensic expert and musicians who’ve been transformed by the bluesman’s recordings agreed with Mr. Schein. But skeptics questioned the likeness, the date — even Mr. Schein’s motives. Read the full article here…