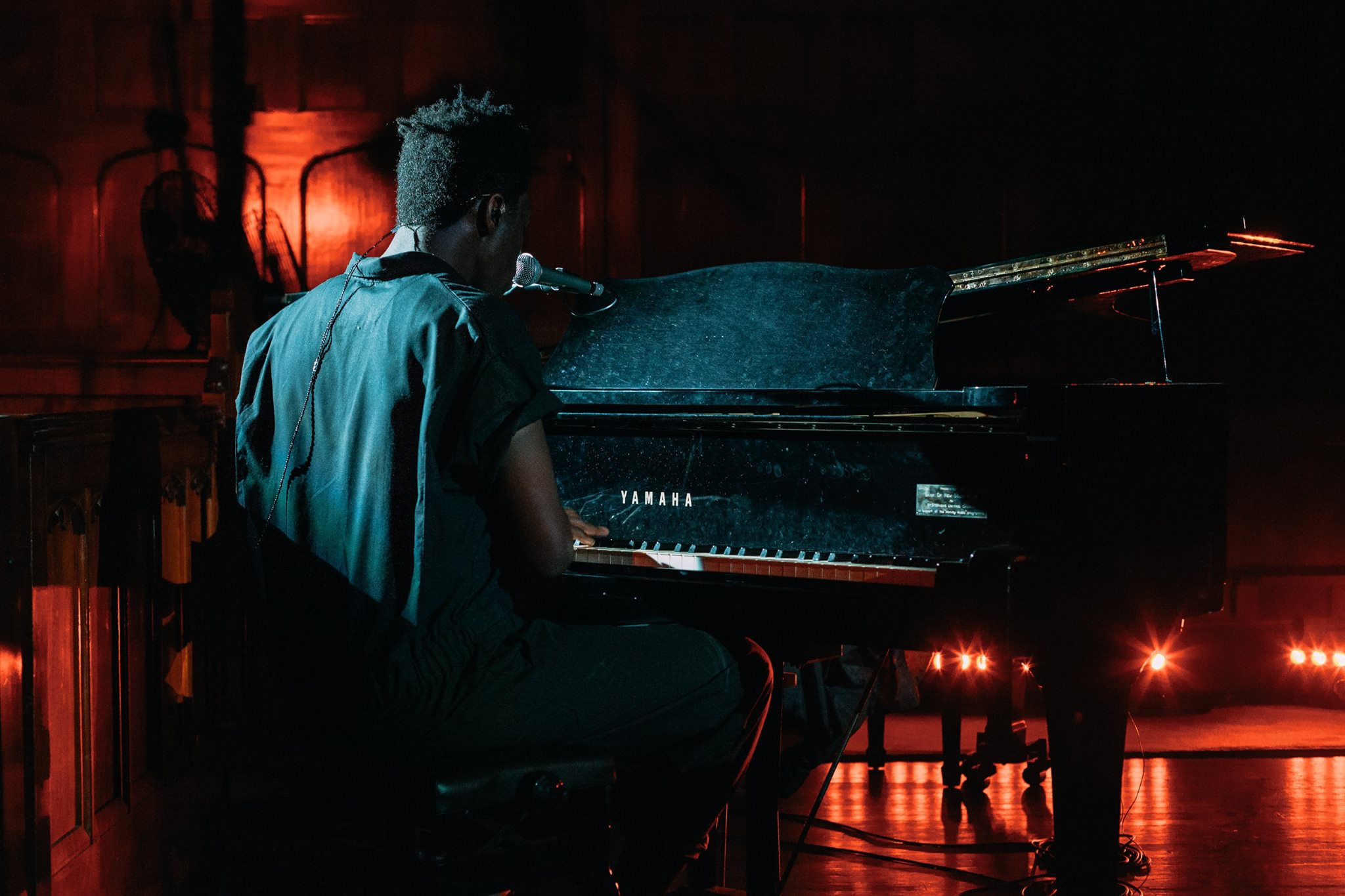 In a short interview on the French La Blogotheque, the young American vocalist and guitarist Moses Sumney recalls his first time in Paris, a few years ago, when he was forced to become a busker, after he had run out of money to stay there for a planned two weeks.

This implies that he had to play and sing songs off the top of his head in this situation, then he launches into “Moanin” a hard bop classic written by Bobby Timmons, that is most widely known in its instrumental version, by Art Blakey from a 1958 recording on Blue Note, with Blakey on drums, Lee Morgan on trumpet, Benny Golson on tenor saxophone, Jymie Merrit on bass, and along with the author of the song, Bobby Timmons on piano.

In 1959, Art Blakey and the Jazz Messengers with Bobby Timmons on piano and Lee Morgan on cornet play in an extended house party scene in Paris for Roger Vadim’s “Les Liaisons Dangereuses” (1960), and with the soundtrack by Thelonious Monk. So most Parisians know this song, too.

But there are also versions of “Moanin” based on lyrics written later by Jon Hendricks and recorded and sung in its earliest version (with lyrics) by the vocal trio Lambert, Hendricks and Ross (LH&R) in 1962. Till this day, no one had topped their version, including hefty efforts by Sarah Vaughan, back in the day, and more recent attempts, like Jose James’ version with a lengthy scat on The Dreamer (2008).

However, Moses Sumney’s version of “Moanin” tops them all with his raw and minimalistic bluesy-jazz offering, similar to Amy Winehouse who he has admitted is an influence, and so Sumney’s “Moanin” is more like a personal confession than a musician’s performance for the public sphere.

Otherwise, Moses Sumney plays a dreamy electro-soul pop music of the future with jazz seemingly only as an unconscious influence and gospel as the most conscious one. It is his acknowledged honesty to his music, however, and his sincere approach to creating and performing his music regardless of public attention or popular taste or sales, which is the jazz ethic he seems to hold closest to heart.

Moses Sumney is on Tour in Europe in November