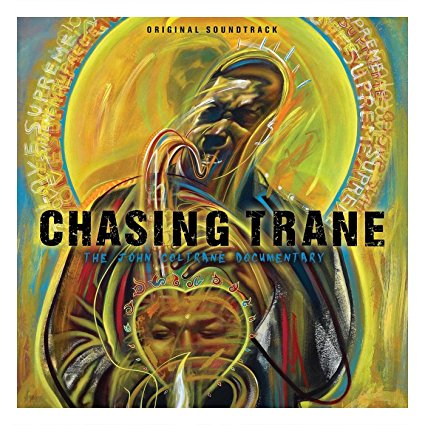 “Not just for all Coltrane and Jazz fans, but for anyone seriously interested in 20th century music. This soundtrack features 11 tracks from the film, Chasing Trane: The John Coltrane Documentary. Set against the social, political & cultural landscape of the time, it brings saxophone great John Coltrane to life, as a man & an artist.

The movie, which lasts more than one and a half hours, shares a rare and newly discovered video and audio material about the life and work of John Coltrane. Speakers include ex-President Bill Clinton, Kamasi Washington, Common, John Densmore of the Doors, sound engineer Rudy Van Gelder and others. The film is narrated by Denzel Washington.

The film and its soundtrack is available in a total of four formats: the documentary itself on DVD and Blu-ray, the music from the film (eleven of Coltrane’s most important recordings) on CD + 180-gram double LP. The CD booklet includes images from the film & an essay by John Coltrane author & film participant, Ashley Kahn.