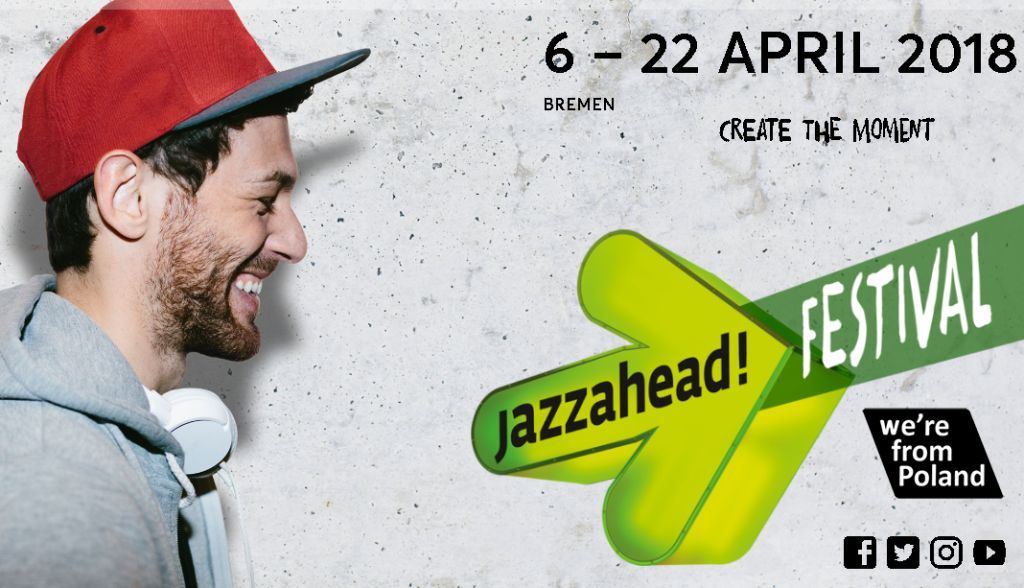 The jazzahead! festival in Bremen from 6th to 22nd April 2018 is looming: the focus is on Poland as the partner country, including with a star- studded gala concert and a weekend full of concerts and international jazz greats in the Hanseatic city. Advance ticket sales begin in time for Christmas trading.

In Bremen, jazz as well as the latest art and culture from Poland will take the limelight when the 13th jazzahead! festival takes place from 6th to 22nd April 2018.

Appropriately for Poland’s centenary of regaining independence, Bremen Exhibition Centre takes Germany’s eastern neighbour as a partner and under the tagline “We’re from Poland” presents the Polish cultural scene in cooperation with Bremen institutions. “Poland is a country that has maintained a very open and interesting cultural scene. We want to show its spectrum in Bremen and discuss current trends and developments” says jazzahead! project manager Sybille Kornitschky. “Poland represents a very active jazz scene that is largely unknown in the international context beyond the familiar names. Furthermore, Poland offers a lively theatre scene as well as literature of international significance,” Kornitschky continues. “However, music remains the focus of the festival.” It kicks off with the festival opening on 6th April 2018 at Theater am Goetheplatz, including ragtime music from one of the most unconventional Polish musicians, pianist Marcin Masecki, and the Warsaw Village Band which has been touring for two decades.

On 20 April 2018 several Polish stars will take to the stage at Die Glocke concert hall In Anna Maria Jopek, one of Poland’s best-known singers comes to Bremen; she has previously performed with Pat Metheny, Branford Marsalis and Gonzalo Rubalcaba. For this concert, she brings with her the no less famous Polish pianist Leszek Mozdzer. This is a rare joint appearance and a special premiere, a tribute to all the masters and styles of Polish music that have shaped their artistic personalities. The second band on the stage that evening will be the international quartet of saxophonist Maciej Obara, which is releasing an exceptional debut this November with prestigious label ECM. Obara and pianist Dominik Wania previously played together ten years ago in the band of legendary trumpeter Tomasz Stanko. This Polish-Norwegian quartet has been in existence for five years and built up an outstanding reputation, particularly live.

Polish jazz also launches the showcase concerts that are traditionally affiliated to the jazz fair and which are also open to the broad audience. Here, 40 of the most thrilling international acts are scheduled from 19 to 22 April 2018 in exhibition hall 7 and at Kulturzentrum Schlachthof. On the last evening of the festival, the jazzahead! clubnight once again moves through the venues of Bremen on Saturday 21st April 2018. With only one ticket (at a cost of 25 euros or 20 euros reduced price), audiences can visit all participating clubs, discover jazz as well as music from related genres and use the regional and local public transport in and around Bremen.

The jazzahead! trade fair has been held in Bremen since 2006. However, jazzahead! has long been more than the international industry get-together of the jazz scene: now for the 8th time, jazzahead! is focusing on a partner country and initiating a citywide festival in Bremen with numerous cooperation partners. “We are delighted that we are the driving force behind a full programme at the exhibition centre and in the city,” says Hans Peter Schneider, Managing Director of Bremen Exhibition Centre & ÖVB Arena. The federal government also appreciates this and is supporting jazzahead! for the 2018 festival. In 2017, the exhibition centre and festival counted around 25,000 visitors.

Tickets for the festival opening, jazzahead! showcases, jazzahead! gala concert and clubnight are available for presale in our online shop at Nordwest Ticket, its advance booking points and via the telephone number: +49 421 36 36 36.

The tickets are also available at the ticket service at the Glocke (+49 421 33 66 99), at the WESER-KURIER Pressehaus, all regional newspaper publishing houses or online at www.jazzahead.de/ and weser-kurier.en/ticket

The project is organized in cooperation with the Adam Mickiewicz Institute operating under the Culture.pl brand within the international cultural programme POLSKA 100 accompanying Poland’s centenary of regaining independence. Co-financed by the Ministry of Culture and National Heritage of the Republic of Poland as part of the Multi-annual Programme NIEPODLEGŁA 2017-2021.

Photo 1. Anna Maria Jopek, one of Poland’s best-known singers,will take to the stage at the jazzahead! gala concert.

Photo 2. One of the Polish stars at the jazzahead! gala concert: pianist Leszek Możdżer.

Photo 3. The Maciej Obara Quartet, who built up an outstanding reputation, particularly live, comes to Bremen, Germany, in April for thejazzahead! gala concert.