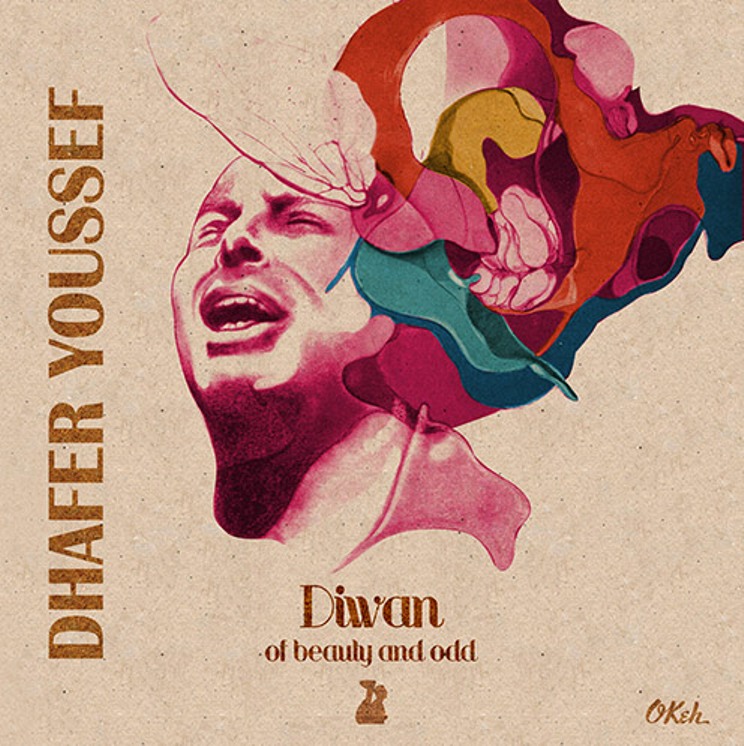 Oud player and vocalist Dhafer Youssef is today considered to be one of the most inventive players on the world music scene and a leader of the movement fusing Eastern and Western music. He has single-handedly managed the feat of bringing the Oud, an instrument foreign to the jazz and liberating it from its traditional role and creatively merging it with musical genres ranging from electronic music to jazz.

Youssef was born in 1967 in a fishing village in Tunisia where his grandfather taught him to sing Quran verses, however his major musical influences came from listening to the radio in his mothers kitchen. Aspiring to explore new horizons, Dhafer Youssef left his village for the capital Tunis where he studied at the conservatory. Dissatisfied with the quality and range of the education, he moved to Austria to complete his studies. It was here that Youssef developed his love of jazz and experimental music.

His first solo release came in 1998 titled “Malak” was released on Enja Records.. In this album, the European jazz melodic structures meet a Mediterranean groove. This marks the beginning of an authentic musical identity impregnated with the artist’s origins without falling into typical Orientalism. Joind by Nguyen Lê on the guitar, Markus Stockhausen on the trumpet, Achim Tang on the bass and Patrice Heral on the drums, Dhafer is propelled towards an international career.

In 2016 he returned to New York, a city he is particularly fond of, to record his latest album “Diwan Of Beauty and Odd”. The album was recorded in the legendary Sear Sound studios, with some of the finest musicians the New York jazz scene could offer: Aaron Parks on the piano, Ben Williams on the bass, Mark Guiliana on the drums and Ambrose Akinmusire on the trumpet.

Dhafer Youssef’s album “Diwan of Beauty and Odd” carries all the trademarks of this exceptional artist who is known for his beautiful melodies, heartfelt chanting over infectious grooves and great artistry on his instruments. Highly regarded by all musicians, especially those who play along side him.

While this the album is rooted in jazz, you’ll experience his traditional Sufi chants which give it a unique, sensitive quality.

Dhafer Youssef is touring throughout Europe this November. Joining him on the tour is renowned pianist Aaron Parks, Matt Brewer on bass), Joe Sanders (bass from 23rd) and Justin Faulkner on drums. Tour dates are as follows: