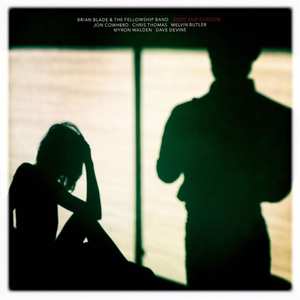 Brian Blade & The Fellowship Band marks its 20th anniversary in 2017 with the release of their sublime fifth album, Body and Shadow, a succinct nine-track meditation on lightness/darkness that arrives like a balm for the soul, ebbing and flowing with grace, subtlety and no shortness of beauty.

A native of Shreveport, Louisiana, Brian Blade established himself as a versatile, accomplished drummer early in his career, appearing on albums by the likes of Joshua Redman, Kenny Garrett, and Bob Dylan.  Always an in-demand sideman and collaborator, Blade continued to find work with a varied bevy of artists, including Joni Mitchell, Bill Frisell, and Wayne Shorter.

Body And Shadow is available on vinyl and CD, and is be available on all digital retailers and streaming services.

Formed in 1997, the Fellowship released their eponymous Blue Note debut in 1998, but the bond among the musicians goes back even further. Brian Blade, the band’s namesake and drummer, first met pianist Jon Cowherd in 1988 while attending Loyola University in New Orleans, and they met bassist Chris Thomas in the Crescent City a year later.

With Myron Walden (alto saxophone and bass clarinet) and Melvin Butler (tenor saxophone), the Fellowship Band’s sturdy unified bond (“we think of the band as a collective instrument,” Cowherd says) has evolved with every album, and Body and Shadow, which also features Denver-based guitarist Dave Devine, is an extension of that evolution.

Check out the album on Spotify: