Sunday Blues – ‘When A Guitar Plays The Blues’ by Albert Collins 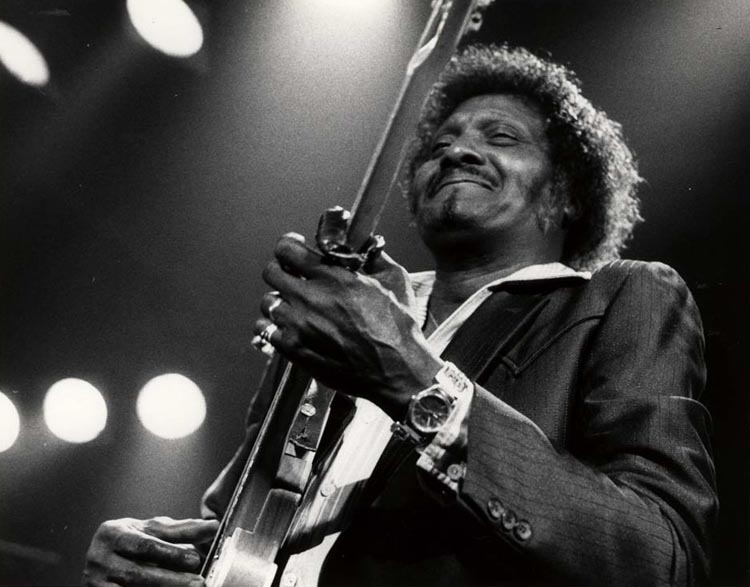 Albert Collins , know as “The Master of the Telecaster”.

Hey, its Sunday and for the team at Jazz In Europe they also Love the Blues. Break a sweat and get those deep vocal tones a hum min’, because this video has lyrics!

Albert Collins – Born Albert Gene Drewery on October 01st 1932 in Leona, Texas, was known as “The Ice Man” and was an American electric blues guitarist. His distinct playing style was powerful, and his long time connection with Fender Telecaster gave him the title: “The Master of the Telecaster”.

There’s is lots of informative information on his career all over the internet, but I also found it interesting that Albert Collins also worked as a paint mixer,  a truck driver and at almost 40 yrs old he worked in construction to help make ends meet. In the late 1970’s he was fortunate in making enough money to remain as a full-time musician.

Albert Collins was filmed live in concerts from Spain, Japan and home again. Some clips can be seen on YouTube or Google his name+DVD

Albert Collins sadly lost his battle with Cancer, dying on November 24 1993 at age 61 yrs. His final album Live ‘92/’93, was posthumously nominated at the 38th Grammy Awards of 1996 as the Best Blues Contemporary Album.

He was a true inspiration to a generation of Texas based guitar players, including Stevie Ray Vaughan and Jimmie Vaughan. Albert Collins helped shape the legacy of T-Bone Walker into a modern blues template that continues to have a significant influence on many to this day.

and (c) info: all rights go to original recording artist/owner/photographer(s)