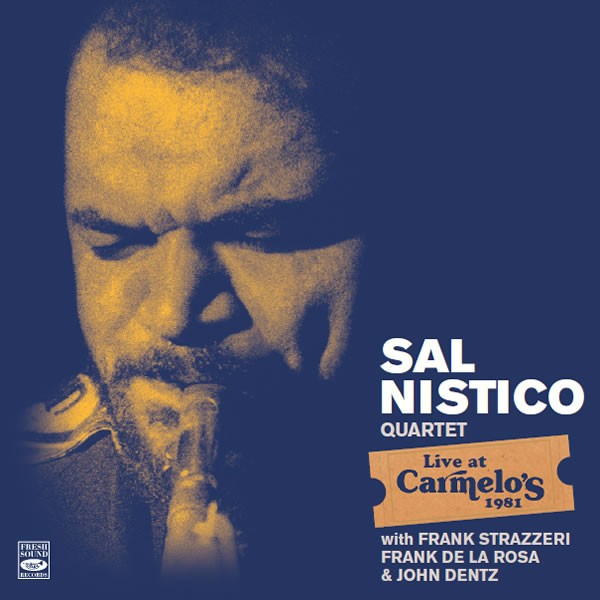 In June 1979, Carmelo’s, a neighborhood Italian restaurant in Sherman Oaks, Los Angeles—set up a small space to offer jazz seven nights a week in an intimate setting. Despite sitting no more than a hundred patrons, Carmelo’s soon became one of the most popular jazz restaurants in Los Angeles, inviting bands from the local scene as well as name performers and illustrious soloists who were visiting the city.

This 2-CD set presents one of those exciting live performances, recorded January 22, 1981. Showcased on the spot that night was the quartet led by the invigorating tenor saxophonist Sal Nistico, with flawless rhythm support by the energetic driving piano of Frank Strazzeri, bassist Frank De La Rosa, and drummer John Dentz.

Nistico’s surging and full-bodied solos are a pure joy—blisteringly hot and imaginative at up-tempos, and equally eloquent and compelling on mid-tempos and ballads. Jazz fans have unfairly overlooked Sal Nistico (1938-1991), maybe because so many great tenor soloists came out of his generation, but these previously unreleased recordings are sure to please his old fans, as well as reach younger listeners who will appreciate his powerful sound and style.