Gregory Porter: ‘One Direction and Robbie Williams are jazz artists even if they don’t know it’ 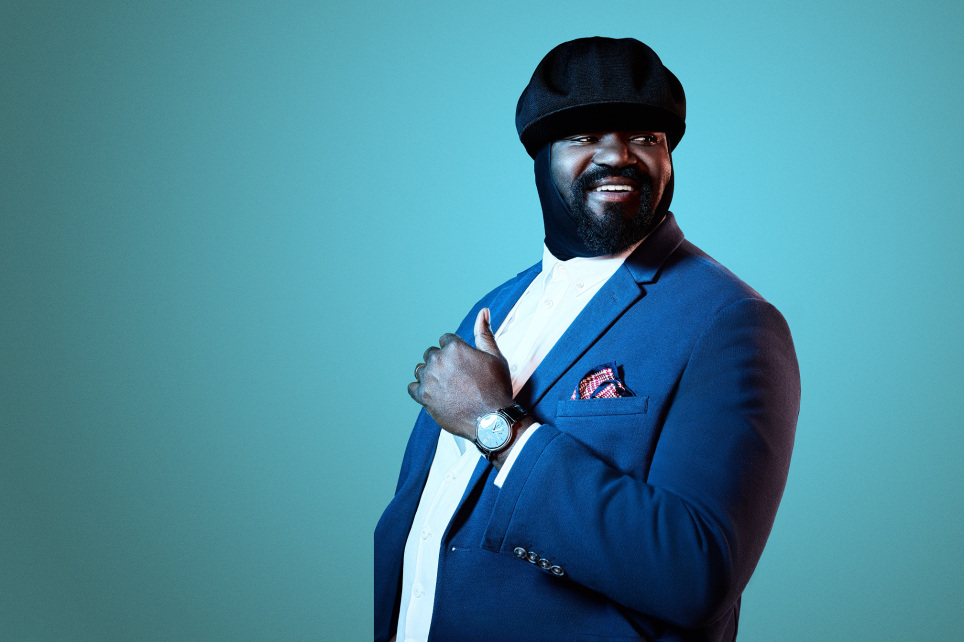 Recently Joe Gamp sat down with Gregory Porter at his London hotel to speak about his up-coming album “Nat King Cole And Me” due for release on Blue Note Records on October 27. The Interview was published last month on Metro.co.uk. In the Interview Porter speaks in depth about the need to remain positive in troubled times, the influence that Nat King Cole had on his development as a musician and his take on jazz influences in pop music. “For me it’s like saying “I don’t like water” – the umbrella is so wide, people are touched by jazz and people don’t even know it. Like when Jill Scott or Mary J Blige – or even ‘ultra-popular’ artists like One Direction, Robbie Williams, Justin Timberlake – when these guys do something in a jazz style I think they don’t even realise it.” – Well worth a read.

Metro.co.uk: Proverbial, warming and inspiring, there’s often a message deep within Gregory’s music. And his new album Nat King Cole And Me, a tribute to his personal ‘father figure’, is no different. At his central London hotel Gregory; dressed immaculately, his large frame pointed towards the television, he’s watching the news unfold and commenting on the world’s dramas with a deep sigh.

‘Ah well,’ he says. ‘I suppose that’s enough bad news for the moment,’ he smiles. An artist known for his positivity, with many of his tracks – such as Smile and Take Me To The Alley – he brings an old fashioned quality to his music – one of perseverance, of optimism and of hope. Read the full article here….