Entropi – Concert Review – Jazz at the speed of Light 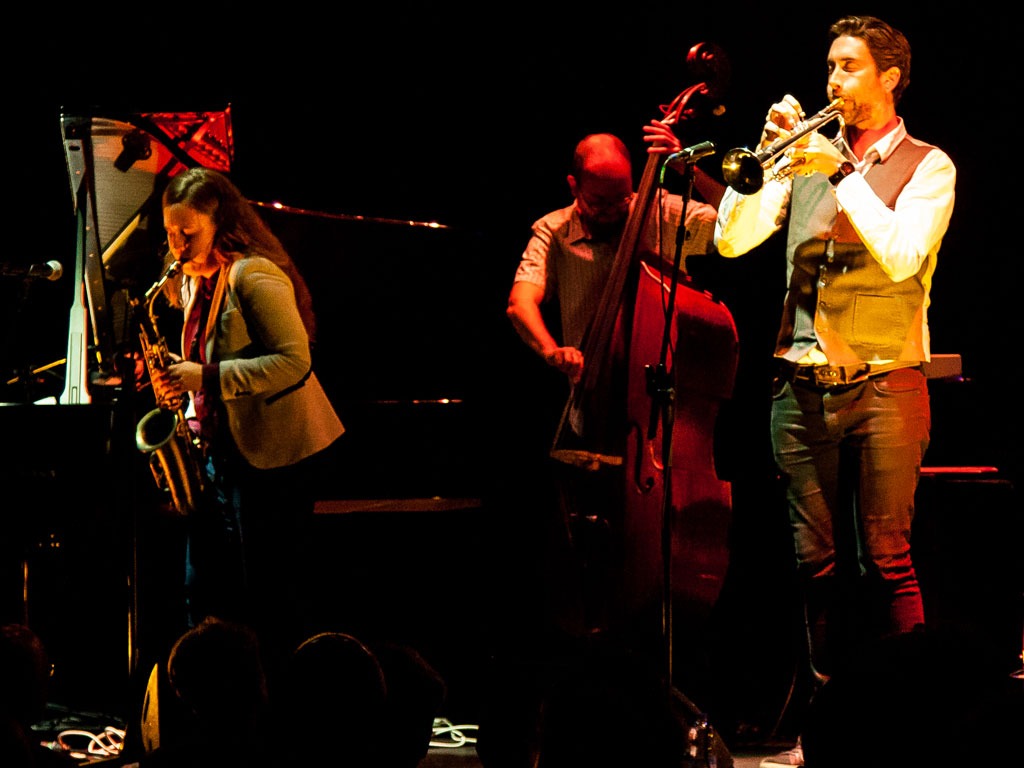 A famous and eclectic venue in North London holds the key to many successful concerts, whatever the genre, Kings Place in York Way, King’s Cross IS the place to visit. Every time, whether as a spectator or a reviewer, I have been impressed.

Performing the full album plus an encore (“New Era”), Dee Byrne and Co, open with the title track which sees pianist Rebecca Nash subtly ensnare the audience in a multi-dimensional musical trip.

Hall Two at Kings Place is full with a very supportive audience which clearly includes friends, musicians and devoted fans. Composer, saxophonist and the quintet’s leader, Dee Byrne, quietly but confidently announces the tracks that will be played. When they play, they are in a unison that is special to see, their eyes closed, the moment they are in is a unique one, they know it, they want the audience to know it, too.

With dark tracks like “Interloper” and “In The Cold Light of Day”, the band’s vision is one that has surpassed their 2015 “New Era”. When Entropi play live, their passion and perfect connection is something to be enjoyed and treasured.

There are moments of complete delight, the Andre Canniere (trumpet) & Dee Byrne (alto sax) duets are in abundance during the concert, but Byrne’s striking and clever compositional skills means that when Ollie Brice touches the string of his double-bass or when Rebecca Nash effortlessly moves from piano to keys or when Matt Fisher beats the sticks on the drums, the whole picture is one of bravura and innovation.

“Stelliferous Era” concludes the first set. Byrne’s love for Astronomy deserve a mention here. Stelliferous is a reference to one of the five ages of the Universe and the current one we are in!

Both “New Era” as well as “Moment Frozen” are all full of references to the magic of the galaxies and their many contents.

“Stelliferous Era”, in particular, is a composition worth a million stars, and then, when the second set starts, more gems await, like “Leap of Faith”, for example, another memorable “conversation” between the trumpet and the sax or “It’s time” with its smooth solo rendition by Rebecca Nash on keys.

“Elst Pizarro”, another astronomical reference to the eponymous comet discovered in 1979, its dual characteristic of being both an asteroid AND a comet reminds me how apt this title is for a band like Entropi. “Sometimes things defy classification”, Byrne says when announcing this piece and suddenly it all made sense: no note, no nuance, no atmosphere created is ever the same with them. For this and more, Entropi deserve praise and to reign on that spectacular universe that is jazz!