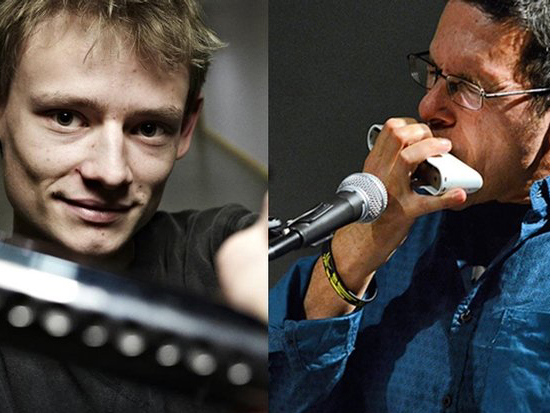 He is nearing completion of his third album set for release in the Spring 2018. Entitled ‘SA & Beyond’ the album is the result of a London recording session this summer where Adam brought together his long time guitarist Rob Luft and one of South Africa’s most significant cutting edge pianists Bokani Dyer. Glasser also brought to London his regular international trio bassist Romy Brauteseth and drummer Sphelelo Mazibuko, both leading SA musicians of their generation.

On this new album Adam continues his beloved quest exploring and bringing back to attention lesser knowen compositions from South African composers including Interpretations on harmonica and small band of works by Themba Mkhize, Kippie Moeketsi, Bheki Mseleku, Victor Ndlazilwana & Jimmy Dludlu as well as some unusual choices from current US jazz contempories Donald Harrison and RC Williams (Erykah Badu’s long time musical director). Some of these compositions will be featured in a unique concert at London’s 606 Club with Danish harmonica superstar and keyboard player Mathias Heise.

At 24, Danish harmonica virtuoso and keyboardist Mathias Heise is a world leading jazz exponent of the chromatic mouth organ. Heise has released 2 acclaimed albums with his fusion band Quadrillion who have performed internationally – Penang Island Jazz Festival in Malaysia and a recent tour of the Czech Republic. In 2016, Mathias received the one of Denmark’s most prestigious arts prizes for new talent – the Crown Prince’s Star Award.

In July 2017 Quadrillion visited London for a promotional performance of their latest album ‘Decadence’ (distributed here on Discovery Records) at the Spice of Life in Soho. Adam sat in at the jam session afterwards and it was soon clear he and Mathias had much musical territory in common – both keyboard players, both chromatic harmonica players and both lovers of jazz and fusion music.

The 606 Club provides a rare & unique opportunity to hear two great exponents of the chromatic harmonica explore a selection of each others compositions as well as their common passion for jazz improvisation on contemporary standards. They will be supported by outstanding London based jazz musicians Michael De Souza – guitar, Geoff Gascoyne – bass and Tristan Mailliot – drums.