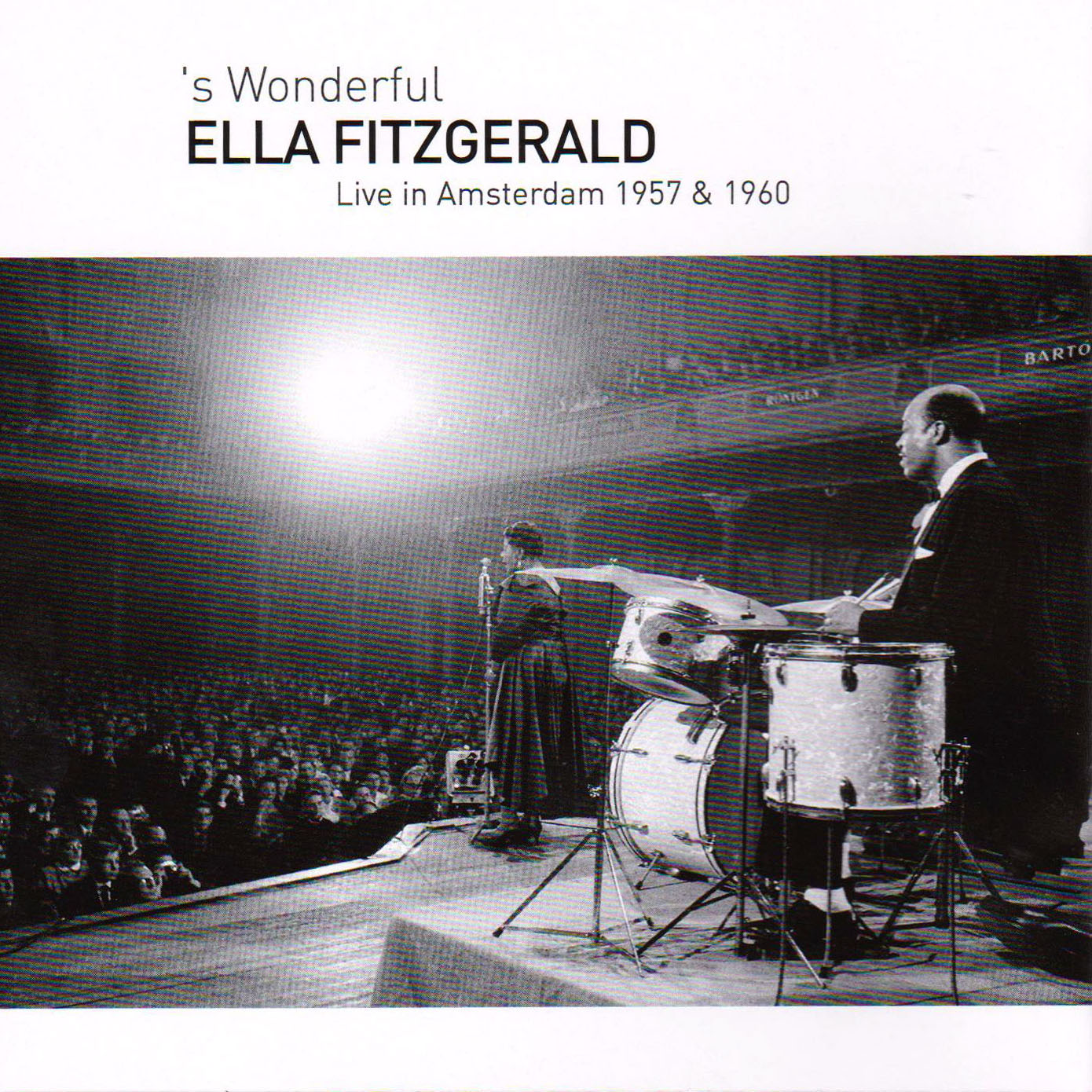 The ease with which she sings, the musicality, the range of her voice, her control and diction. Ella Fitzgerald truly is one of the greatest jazz singers in history. And what sets her apart is the infectious gaiety and pleasure in singing. The two live recordings on the cd ‘s Wonderful prove that once more.

The Dutch Jazz Archive celebrates the hundredth year of birth of Ella Fitzgerald with the release of the album. They are the recordings of the two concerts in the Concertgebouw in Amsterdam (1957 and 1960). In that period, the singer travelled almost every year to Europe and Netherlands – as part of Jazz at the Philharmonic, this show, producer byNorman Granz, travelled all over the world.

The musicians who accompaned Ella Fitzgerald where absolutely top class. In the concert of 5 May 1957 they’re Don Abney (piano), Herb Ellis (guitar), her former man Ray Brown (bass) and Jo Jones (drums). Norman Granz does the announcement. On February 27, 1960, the band members are Paul Smith (piano), Jim Hall (guitar), Wilfred Middlebrook (bass) and Gus Johnson (drums).  Much of the repertoire comes from The American Songbook, which was her main source of inspiration.

One song is listed twice on the cd. In both concerts Ella Fitzgerald sings Roll ’em Pete, but the versions are incomparable. In the first concert it lasts 2:22 minutes. In the second concert the version is over 7 minutes and there is much improvisation. The buyer will get value for money: almost 74 an excellent Ella Fitzgerald.

Referring to the 1960-concert jazz journalist Bert Vuijsje writes in the liner notes about the song Mack the Knife: On February 13, 1960, Ella Fitzgerald had performed for 12,000 people at the Deutschlandhalle in West Berlin. It was the first time she sang what would become one of her perennial hits. Mack The Knife, including her improvised lyrics and her impression of Louis Armstrong. The live album ‘Ella in Berlin’, generally acclaimed as one of her best ever, was first awarded a Grammy, and in 1999 was inducted into the Grammy Hall of Fame.’’

Referring to the album as a whole my conclusion is quite simple: Ella Fitzgerald still is Wonderful.

The pictures in the booklet accompanying the cd are by Ed van der Elsken (1925-1990). He is one of the most famous Dutch photographers.