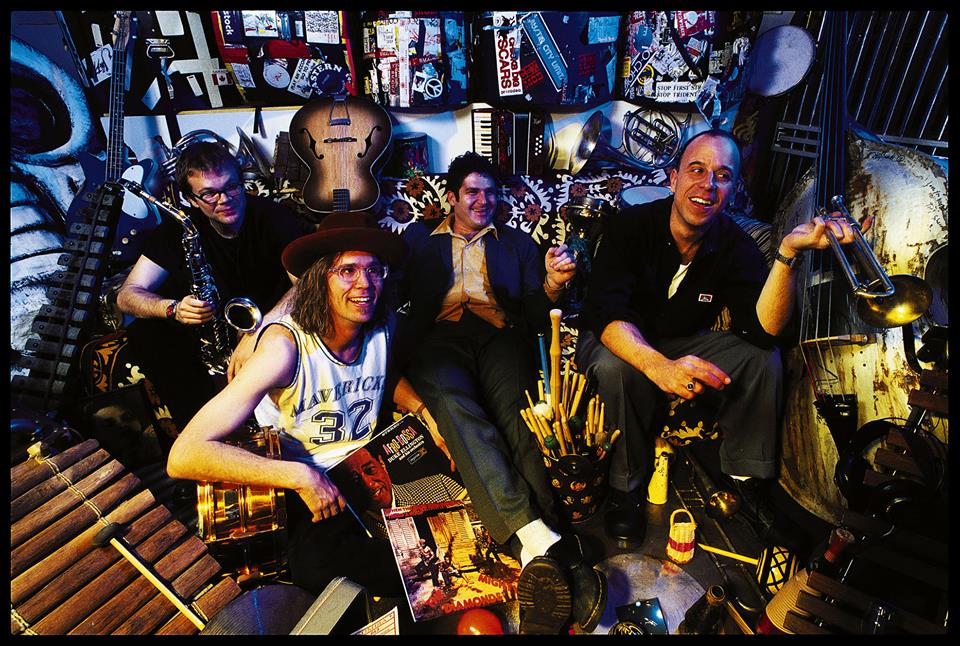 Talk about sexy music for intellectuals. New York City’s Sex Mob is celebrating 20 years of their existence dedicated to making sultry experimental jazz. While they are best known for their avant-garde jazz arrangements of songs from Duke Ellington to Prince, the Grateful Dead, and Nirvana, their newest recording, however, “Cultural Capital” is all original compositions in the free jazz vein, but also sultry as hell and with a brashness and flair that only Sex Mob can pull off.

Past tours in Europe emphasised compositions by iconic composers including Nino Rota, and John Barry with his songs for James Bond movies. They have recorded interpretations of Bond songs from “Goldfinger” to “Live & Let Die.” From composer Nino Rota, they have re-arranged music from the sensuous films of Fellini (“8 1/2”). And from American composers, Ellington’s music exudes sultriness like no other, and how has this all come together for Sex Mob? The ethos of the group is simple as the leader, Steven Bernstein, has said on many occasions: “Jazz used to be popular music. People would go out to clubs, listen to the music, go home, and get laid. Simple as that. We’re bringing that spirit back.”

Bernstein (born 1961) is not making this up, either. Since the ascent of free jazz in the late 1950s and through the 1960s, avant-garde, free jazz, or as it was also called the New Thing, led by Ornette Coleman, Archie Shepp, Albert Ayler, and Cecil Taylor eschewed music that suited popular taste in place of experimental and abstract improvisation, even abrasive and political, and these groups were arguably (or well actually) not too popular in most jazz clubs of the time. Meanwhile, Bernstein comes from an avant-garde jazz renaissance in New York, in the 1980s, as he first played with John Lurie’s Lounge Lizards, and with John Zorn, Marc Ribot and others all beginning their careers at the time.

Bernstein likes to boast that he is the only slide-trumpeter to have recorded jazz records, and he may be right again, but Paul Newman does play the slide-trumpet in the role of Ram Bowen in the 1961 film “Paris, Blues,” with Sidney Poitier, Diahann Carroll, and Louis Armstrong (as himself, and playing trumpet). All of the music performed in that film was composed by Duke Ellington, and the Parisians dance their asses off with glee (in every club scene that Newman and his band perform in the film).

And this is all that Sex Mob wants from their audience, as well. Led by composer, arranger, trumpet and slide trumpeter Bernstein, Sex Mob includes Tony Scherr on bass, Briggan Krauss on saxophones, and Kenny Wollesen on drums—all long established and respected players in New York City.

They are also all free jazz party animals and proud of it.