Rolling Stone, Once a Counterculture, Up for Sale. 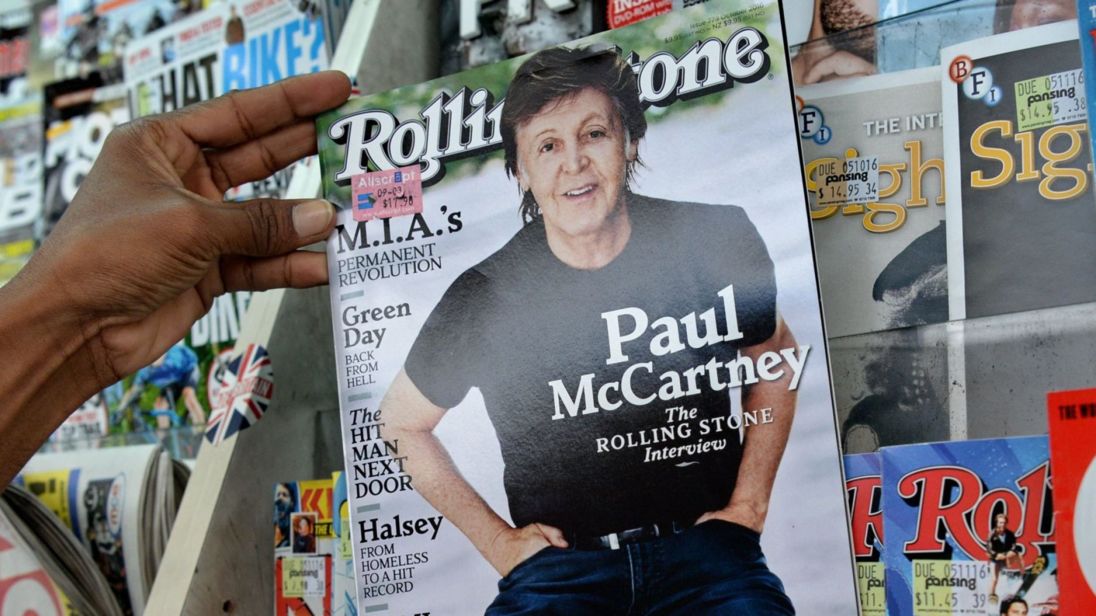 Last week The New York Times published an article announcing that the Iconic music magazine “Rolling Stone” has been put up for sale. Since it’s inception in 1967 Rolling Stone has been an Icon in the world of Music Journalism and on the eve of its 50th anniversary, no less, this announcement underscores how inhospitable the media landscape has become as print advertising and circulation have dried up. With the publishing world now experiencing a similar digital earthquake to that experienced by the music industry some years ago there is a great opportunity here for a forward thinking publisher to rebuild this Iconic masthead. Great article and well worth a read.

NEW YORK TIMES: “From a loft in San Francisco in 1967, a 21-year-old named Jann S. Wenner started a magazine that would become the counterculture bible for baby boomers. Rolling Stone defined cool, cultivated literary icons and produced star-making covers that were such coveted real estate they inspired a song.

But the headwinds buffeting the publishing industry, and some costly strategic missteps, have steadily taken a financial toll on Rolling Stone, and a botched story three years ago about an unproven gang rape at the University of Virginia badly bruised the magazine’s journalistic reputation.

And so, after a half-century reign that propelled him into the realm of the rock stars and celebrities who graced his covers, Mr. Wenner is putting his company’s controlling stake in Rolling Stone up for sale, relinquishing his hold on a publication he has led since its founding.” Read the full article here…