The Eli Degibri Quartet at the Jazz Standard – Tonight in New York – 26 September, 2017 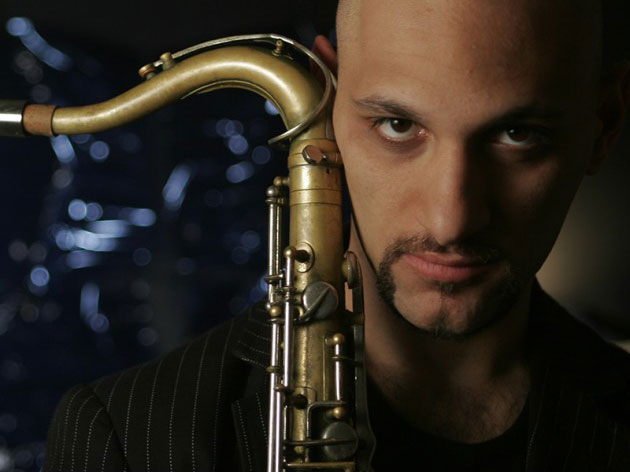 Showcasing more than 40 acts from around the world, the 2017 jazzahead showcase program was once again a voyage of discovery. Personal highlights include the performance from trumpeter Itamar Borochov, the EYM Trio and the South African Bokani Dyer. One performance that made an impact was the performance from New York based Saxophonist Eli Degibri and his Quartet. Back on home turf, the Eli Degibri Quartet performs at the Jazz Standard tonight, Tuesday September 26th with two sets (7:30 & 9:30).

It is rare in our time to hear a tenor saxophonist exploring such a wide range of expression: alternately sharp and mellow, funky or caressing, sometimes on the verge of bursting with the urgency of his playing. One could say, this is why Herbie Hancock unequivocally states that Eli Degibri “has the potential to be a formidable force in the evolution of jazz.”

As an instrumentalist, composer, and bandleader, Eli Degibri boasts a seemingly bottomless fount of artistry. “An exceptionally melodic improviser with a big, bold tenor tone” (Bill Milkowski, Jazz Times), he’s been recording and performing extensively for two decades as both a leader and as an MVP sideman with the groups of two jazz legends, Herbie Hancock (1999–2002) and Al Foster (2002–2011).

For our US readers and in particular those in New York City Don’t miss this rare New York appearance by a future giant of jazz!

To give you a quick tast, view this video of the Eli Degibri Quartet live at the 2017 edition of jazzahead: