Black Is the Color of My True Love’s Hair, by Nina Simone 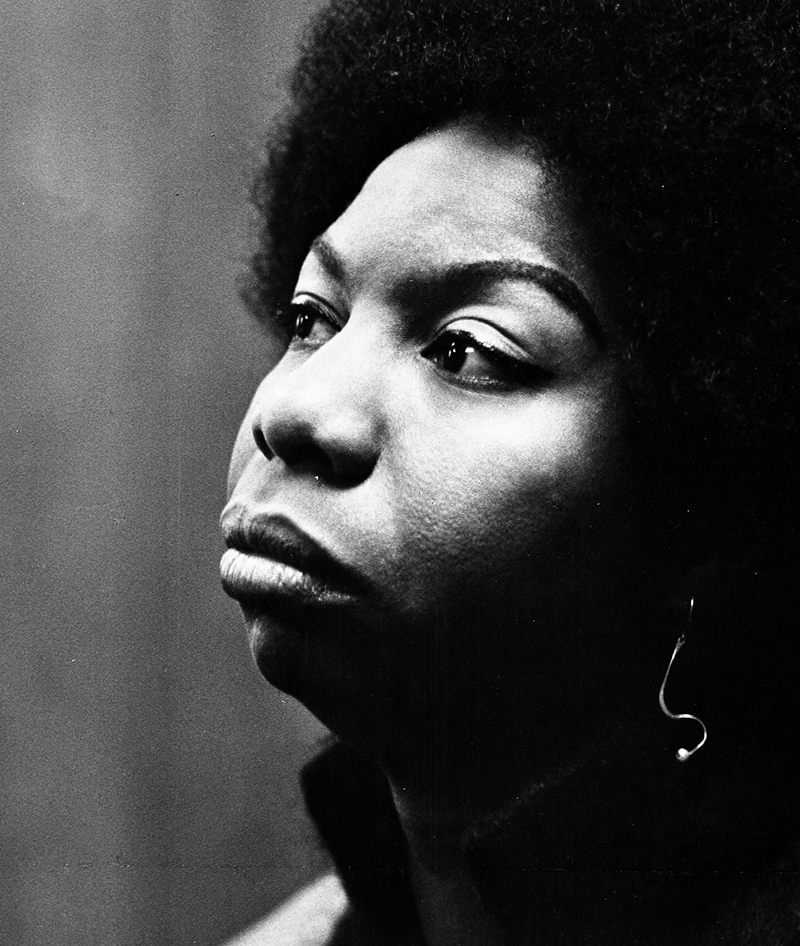 Nina Simone is one of the best interpreters in popular music. She wrote over 40 songs, including some of her best such as Mississippi Goddam and Four Women. However throughout her career she made other people’s songs her own, to a point where they are now so strongly associated with her that many do not realize the songs existed prior to her versions: My Baby Just Cares for Me, I Put a Spell on You, Don’t Smoke in Bed, Wild is the Wind to name a few.

Black Is the Color of My True Love’s Hair is one of these songs, not an easy task given the fact that it is an old traditional song and there are literally hundreds of recorded versions of it, including performances by top artists such as Joan Baez, Sinéad O’Connor and Christy Moore.

The song has its origins in 19th century Scotland and immigrants who settled in the Appalachian Mountains around North Carolina made it popular in America. The song was first documented and recorded by Cecil Sharp, who after his foray into the British traditional folk songs made a trip to the US during World War 1 and collected songs that have been passed in oral tradition. Black Is the Color of My True Love’s Hair, which was originally written from a male’s point of view describing his lover’s features, was first published in Sharp’s book English Folk Songs from the Southern Appalachians. The song was later set to an alternate melody by American folk singer John Jacob Niles, one of the figures who inspired the American folk revival of the 50s and 60s, a mirror of a similar movement in the British Isles in the same period. That melody is the one we know today and its beauty sparked the ballad’s popularity in America. You can hear Niles’ version from the album American Folk Songs.

Nina Simone first recorded the song in 1955, very early in her professional career. The recording took place in Philadelphia with a strings arrangement and was not intended for release at the time. In 1970 that version appeared in the album Gifted & Black. In April 1964 she went into a New York Studio with her band and recorded a number of songs. On the first date, April 4, she recorded Mississippi Goddam, the political song that she composed immediately after the bombing of the church in Birmingham, Alabama. That same event triggered John Coltrane to write the mournful tune Alabama. On the second date two day later she recorded the version of Black Is the Color of My True Love’s Hair that we now know as one of the best interpretations of that song.

In the studio that day she was joined by Rudy Stevenson on guitar and flute, Lisle Atkinson on bass and Robert Hamilton on drums. However on Black Is the Color of My True Love’s Hair she only wanted a minimal accompaniment with her playing the piano and a bass drone. Lisle Atkinson says of what he was asked to do during his time in Nina Simone’s band: “She wanted the least amount of complication as possible-roots and 5’s, nothing too slick. I have to give Nina credit for being aware that I could bow, and she utilized it a lot. She had me playing a lot of arco in performances.”

The version Nina Simone recorded in April 1964 appeared a couple of years later on the album Wild is the Wind. That record included the title track, another landmark cover that influenced David Bowie to also cover the song on his Station to Station album in 1976.

And still I hope

That the time will come

When he and I will be as one

When he and I will be as one

So black is the color of my true love’s hair

His face so soft and wondrous fair

And the strongest hands

I love the ground on where he stands

I love the ground on where he stands

Of my true love’s hair

Of my true love’s hair

Oh I love my lover

And well he knows

Yes, I love the ground on where he goes

Text: Text, images and original article by Hayim Kobi on The Music Aficionado