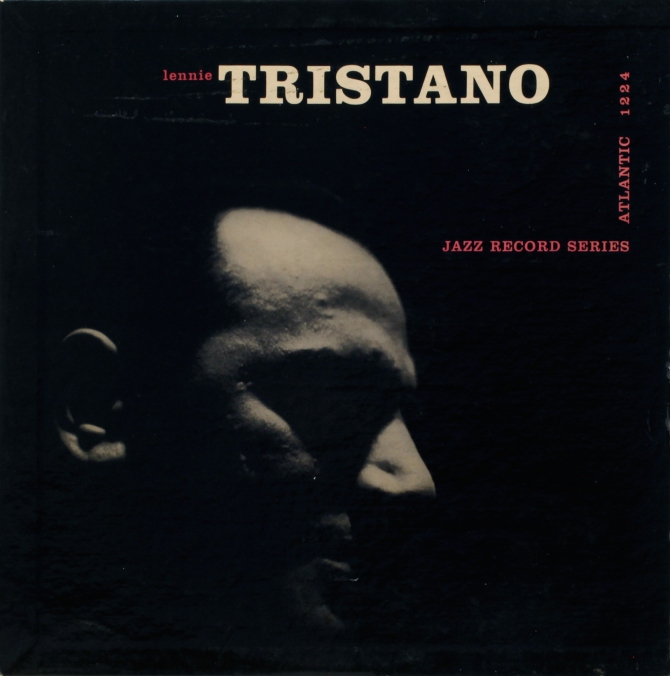 The technique of overdubbing is second nature to recording artists and sound engineers. You record layers of musical performances one after another until you are satisfied that all the ingredients needed for the song are there. However back in the early 1950s this technique was still in its infancy, because multi track equipment was non-existent and the only way to accomplish overdubbing was to record yourself along with one tape playing a previous recording, mixing the two signals to another tape. This technique resulted in loss of quality due to the re-recording of previously recorded material. Sound quality got worse the more times you repeated this procedure.

In 1955, when Lennie Tristano overdubbed multiple piano parts for pieces that will appear in his first solo album with Atlantic Records, he was not the first jazz musician to attempt this feat. Back in 1941 Sidney Bechet, one of the most important figures in early jazz history, recorded no less than six instruments in a novelty recording that included ‘The Sheik of Araby’ and ‘Blues of Bechet’. Bechet later said: “I started by playing The Sheik on piano, and played the drums while listening to the piano. I meant to play all the rhythm instruments, but got all mixed up and grabbed my soprano, then the bass, then the tenor saxophone, and finally finished up with the clarinet”.

However, Tristano attempted something much more complex when he recorded the track ‘Turkish Mambo’. He was interested in using odd time signatures, a habit that made it difficult for him to find a suitable rhythm section. Interviewed by Nat Hentoff for Downbeat magazine in 1956 he said: “I need in a rhythm section people with feeling for simultaneous combinations of time—people who are able to perceive 5/4 and 4/4 at the same time. I’ll probably be doing more and more of that. Working with 7/4 and 6/4 and the double times of those—5/8, 6/8, 7/8, and maybe sometimes 9/8. Occasionally, I’ve played something and tried to figure it out afterward, and have maybe done some 13/8”. So he decided to overdub himself playing odd time patterns. He did not stop there. With each overdub, he played in a different time signature, resulting with a piece that had rhythm tracks in 7/4, 3/4 and 5/4 all overlapping each other, and then a melody track in 4/4. No wonder he could not find a rhythm section for these types of compositions. It is difficult enough to maintain an odd time meter when you are improvising, but mixing different odd time meters simultaneously is seldom attempted regardless of musical genre. As you listen to this track, it becomes very difficult to pin down where the ‘one’ is the start of a bar or the cyclic phrase of the rhythm. Tristano had to use a steady audible beat to accomplish this recording, and you can hear that click (a metronome on top of the piano?) throughout the track.

Letting his imagination fly in his home studio, Tristano did not limit the overdubbing technique only for piano tracks. On two other pieces from the same album, ‘East Thirty-Second‘ and ‘Line Up,’  Tristano overdubbed himself playing to a previously recorded rhythm section with Peter Ind on bass and Jeff Morton on drums. You clearly hear a weird tone coming from the piano. This is likely due to Tristano changing the speed of the rhythm section when he recorded his piano track, then adjusting the speed to the original tempo. I love this type of studio experimentation and think it is revolutionary to its time. However, for some listeners in 1956 this was heresy. To them jazz can only be considered authentic when all instruments are played at the same time, no tape gimmickry involved. Kudos to Lennie Tristano, who was unapologetic about his approach to music recording. In the same Downbeat interview, he addressed the issue: “If I do a multiple-tape, I don’t feel I’m a phony thereby. Take the ‘Turkish Mambo.’ There is no way I could do it so that I could get the rhythms to go together the way I feel them…What I care about is that the result sounded good to me…my point is that it’s the music that matters.” Amen to that.

Tristano definitely broke ground with that album, although sadly, he never became a celebrated jazz innovator and for many jazz fans, he is still mostly unknown. Jazz musicians today may be aware of the Lennie Tristano School, a concept of jazz composition and improvisation that can be heard in recordings by Lee Konitz and Warne Marsh, who played with Tristano in the 40s and 50s. For a taste of that school of thought, listen to their album also recorded in 1955 and released by Atlantic, ‘Lee Konitz with Warne Marsh’. Nesuhi Ertegun, founder of the jazz division at Atlantic Records, gave his artists full artistic freedom, and in the case of Lennie Tristano, the agreement declared that he would be his own music director with complete freedom to put out anything on the label he likes. ‘Turkish Mambo’, which has nothing to do with neither Turkish music nor the mambo style, is a reference to Ertegun’s ethnic background. Artistic freedom aside, the controversy over the first Tristano album made the label more cautious with the second album. Jazz critic Barry Ulanov wrote in the liner notes to The New Tristano released in Feb 1962: “Some idea of the extent to which this collection is a unified display of feeling may be gathered from the fact that everything he except one track comes from one tape”.

Tristano was not the last to overdub himself playing multiple piano parts. Bill Evans used the concept in 1963 with another milestone record, ‘Conversations with Myself’, recording three piano tracks. No doubt, the spirit of that 1956 recording by Tristano was there. When asked about his influences, Bill Evans said: “above all Bud Powell and the thoughts of Lennie Tristano. I am indirectly influenced by Lennie Tristano through Lee Konitz, he is at top of my list and Warne Marsh, but only by album listening”.

Text: Text, images and original article by Hayim Kobi on The Music Aficionado