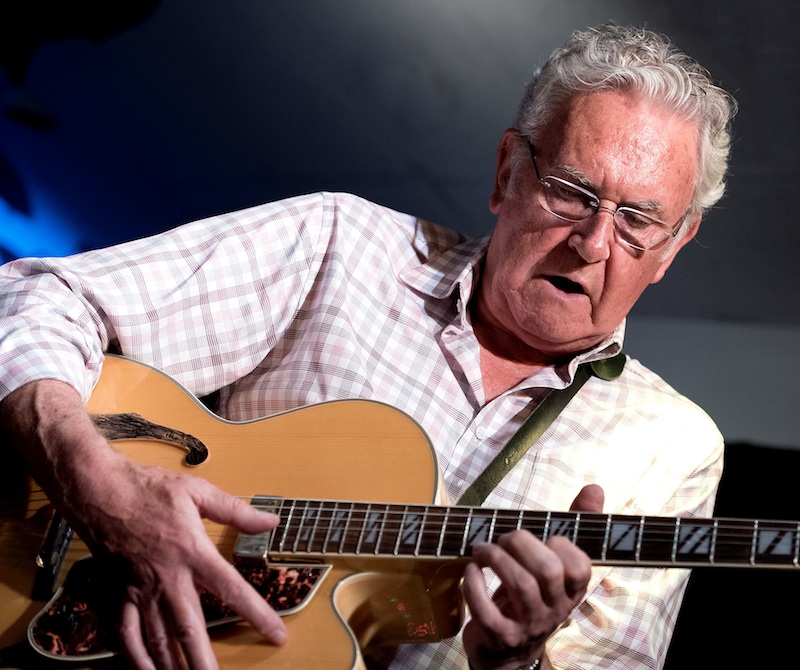 Monday the 28th of August, London’s 606 Jazz Club presents the Jim Mullen Organ Trio. The 606 Club has existed as a Jazz Club Restaurant for more than 30 years, being run by musician Steve Rubie since 1976. Originally a small 30 seater basement venue at 606 Kings Road, it built up a solid reputation through the 70’s and 80’s amongst musicians and audiences as the Jazz hang-out.

The popularity of the Club among musicians led to the policy of only booking British based musicians in order to support the local scene, which has continued unchanged to this day. Eventually the Club outgrew its capacity and in May 1988 it moved to its present basement site at 90 Lots Road.

Jim Mullan is widely regarded as one of the finest Jazz guitarists in Europe. Originally from Glasgow he made his name playing with a number of seminal bands through the 70’s and 80’s including Brian Auger’s “Oblivion Express”, The Average White Band and his own highly acclaimed jazz/funk band “Morrissey-Mullen”.

A highly prized sideman as well as leader Jim also includes work with the likes of Mose Allison, Jimmy Witherspoon, Georgie Fame and Gene Harris on a stellar cv. The band he leads this evening features the classic Organ trio format, and features leading British pianist/organist Mike Gorman and drummer Enzo Zirilli performing a dynamic set of originals and carefully crafted jazz standards in a Groove-influenced hard-bop style that Jim describes as a mixture of “tradition and transition”. During the gig you will hear tunes from their CD “Catch My Drift” released on Diving Duck Records.