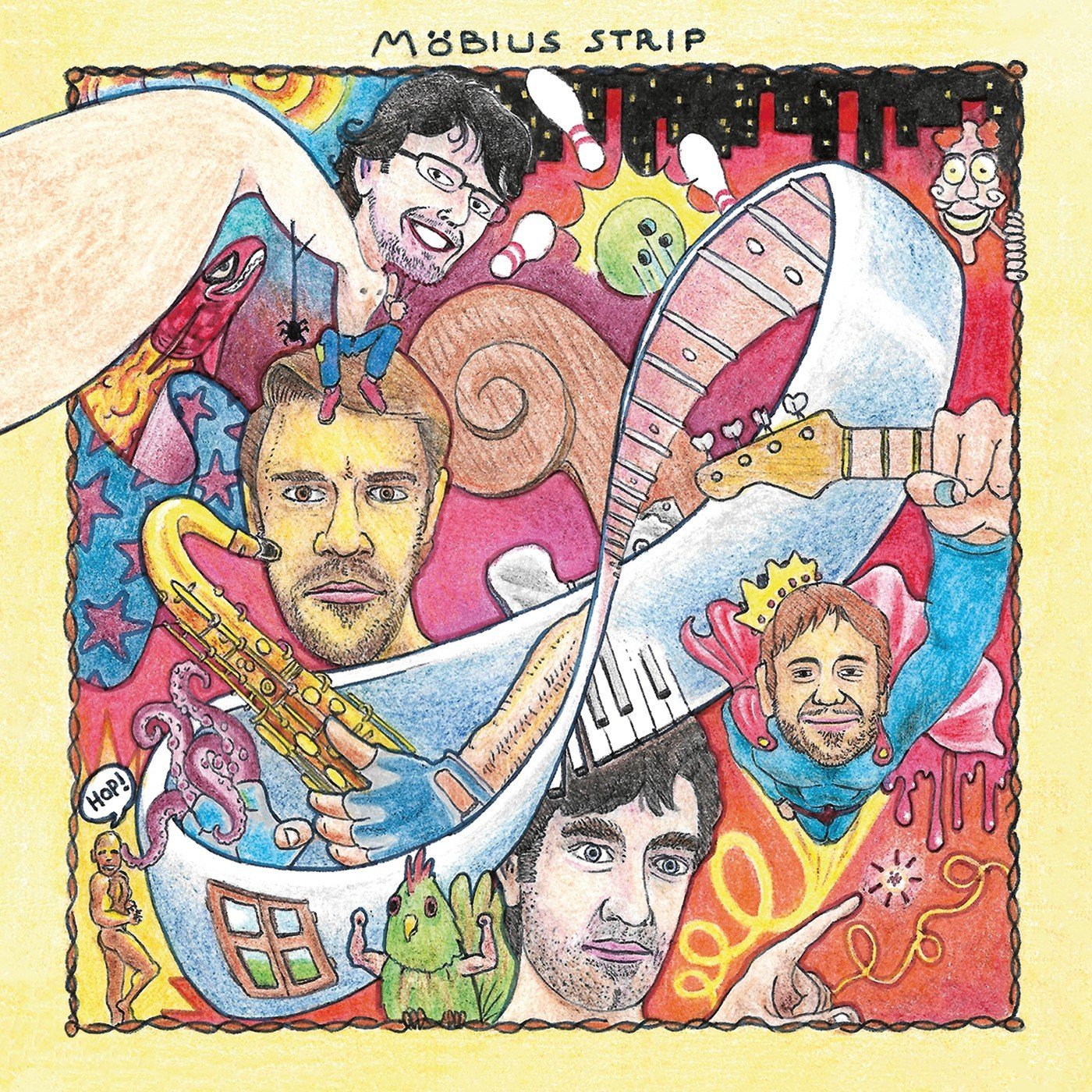 On listening to the debut album that takes its name from the last track “Möbius Strip”, one cannot help wondering what the whole work would have been like had it offered a few more tracks. The album is composed by six tracks only but luckily, they are long compositions and all written by Lorenzo Cellupica who plays piano, organ and keyboards on the album and arranged by the whole group.

Möbius Strip are from the South of Italy, notably the Lazio region and the beautiful Abruzzo region. A quartet made in the south and this is evident in literally a lot of notes in their music.

The first track, for example, “Bloo” is a good 9 mins and 37 seconds long and offers a versatile rendition of the band’s skills, in particular, the saxophone (Nico Fabrizi) and the electric bass (Eros Capoccitti) to then pick up again all together with a sensuous saxophone tone.

“Déja vu”, the second track, opens up with a fresh piano motif, which reminded me of a fresh walk in the countryside.

There are many pictures that this band’s music can evoke and does bring to mind. This, in my opinion, is always a good sign, one of maturity and growth and bearing in mind this is a debut album and the band’s members are all rather young, we can all sit comfortably in the knowledge that we are going to hear more and more of Möbius Strip!

A little while back, whilst talking with Lorenzo Cellupica about the band, its beginning and inspirations, he explained that the name of the band comes from the famous geometrical concept of Möbius and its strip of tape. An interesting concept and without indulging much in the geometry of it all, the band’s credo is far from the one-dimensional shape of the famous Möbius strip!

Lorenzo told me that the band’s music wants to be able to offer a more complex type of jazz, a music that can be listened to as individual and can stand out amongst all the more traditional and pop efforts currently available in their homeland.

The band believes in making the divide between a rather stifling “academic” music and other types that are not of a much “audible” nature a bit smaller in size. Their works are full influences but, and this is the important part, the final product is indeed individual, full of energy and southern Italian atmosphere! That is very much perceptible on most tracks. How refreshing!

We just hope they can come and play here in London soon. An Italian band on a French label playing in this big metropolis of ours can only mean one thing: a show full of talent being offered with a special European flavour.