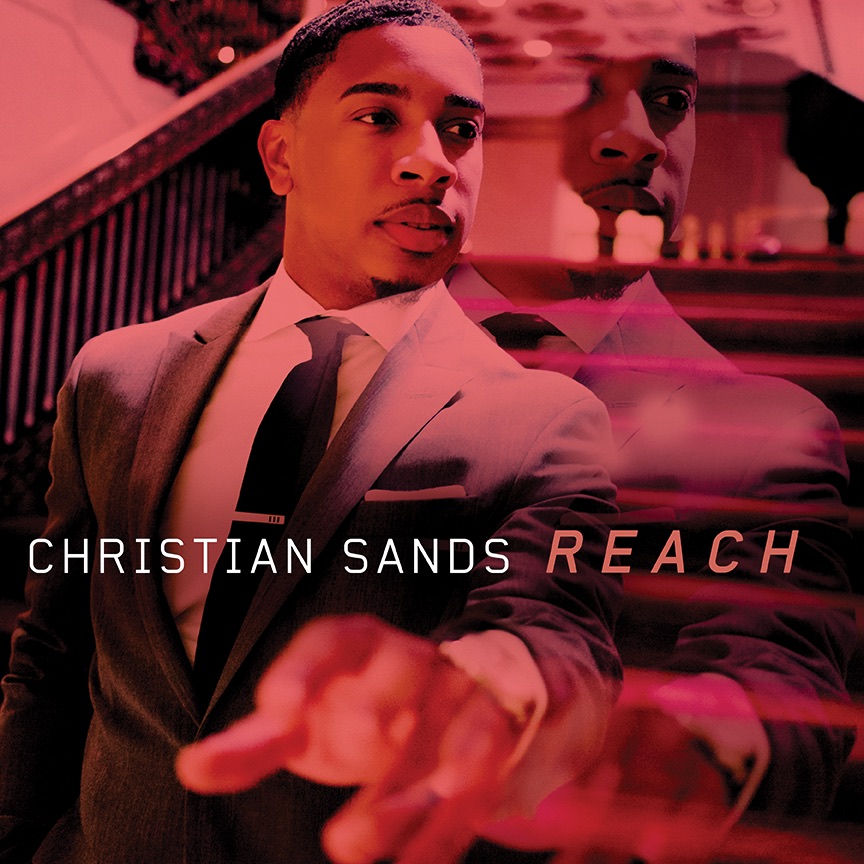 New York based pianist Christian Sands at the ripe old age of 28 has already built a large discography both as a leader and sideman. His latest release “Reach” is his début release on Mack Avenue and as stated on his website sees Sands “stretching into exciting progressive territory.“

Christian Sands, although still young has already built a strong reputation in the USA. In 2012 he became an official “Steinway artist” and his work with Christian McBride’s Inside Straight band helped garner him international attention. Sands started his professional career at a young age however a defining moment came when at the age of 14 and still at high school, he attended the Jazz in July summer workshop at the University of Massachusetts where he attracted the attention of Dr. Billy Taylor who would become Sands long time mentor. He later went on to receive both a bachelor’s and master’s degree from the Manhattan School of Music.

Sand’s previous releases as a leader are to say the least mainstream and while the performances are excellent the albums are not that adventurous and show an artist still developing his craft. With “Reach” this is definitely not the case. Reach shows a level of artistic maturity usually found in artists that have spent far more years on this earth than Christian has.

For this album Christian has put together a trio with bassist Yasushi Nakamura, one of New Yorks up and coming bassists and drummer Marcus Baylor known largely for his work with the Yellowjackets. Also on the album are guest appearances by Gilad Hekselman on guitar, Marcus Strickland on tenor saxophone and bass clarinet, and percussionist Cristian Rivera. To top off this stellar line-up the album was co-produced by grammy award winning producer Al Pryor and famed bassist Christian McBride.

The Album opens with “Armando’s Song”, a straight ahead up tempo track that introduces the Trio and largley sets the tone for the rest of the album. I particularly enjoyed the interplay during Baylor’s drum solo. The following track titled “Song Of The Rainbow People” once again features the trio however changes the mood to “Soulfull” and shows Christian exploiting the full range of the piano.

Marcus Strickland joins the trio for “Pointing West,” another up tempo straight ahead track juxtaposing complex rhythm with straight ahead four on the floor. “Freefall” is something different adding synthesised textures to the mix, an atmospheric track that features a beautiful tenor solo by Strickland and overdubbed Bass Clarinet featured both in the backgrounds and unisono melody.

The next cab off the rank is “Óyeme” and see’s percussionist Cristian Rivera make his first appearance. This Afro Cuban inspired track grooves from the opening bars and features a strong solo from Sands before landing in a Montuno based rhythmic fiesta.

The Trio setting returns for Sand’s homage to Bud Powel “Bud’s Tune” before introducing guitarist Gilad Hekselman in “Reaching for the Sun”, a track that Sands says he wrote with Gilad in mind. This “easy latin” flavored tune is is somewhat of a departure stylistly form the rest of the album but is the perfect lead in for his version of the Bill Withers track “Use Me”. This track is a far darker blues influenced tune providing a perfect vehicle for Hekselman and Sand’s to let loose.

The third track on the album featuring Gilad Hekselman is the Hip Hop inspired “Gangstalude”, in my mind the least successful track on the album. Closing out the set is “Somewhere Out There.” a song made famous by Linda Ronstadt and James Ingram, that won Grammy® Awards for “Song of the Year” and “Best Song for Film” for it’s use in the 1986 animated film “An American Tail”. In the liner notes Christian stated:

“I was looking for a ballad and I didn’t want to do Strayhorn or Porter,” Sands says. “I wanted to play something that was not that familiar. So I was talking to my mother and she said, ‘What about the song from the movie with the mouse that you used to watch when you were a kid?’ She used to sing it to me when I was four or five years old and my dad would play piano. So I told her she was genius; I don’t think this has ever been done as an instrumental. When people hear this, I’m hoping they go, ‘Oh, yeah, I remember this.”

I enjoyed this album from top to tale and have to admit it’s held pride of place in my daily playlist for some weeks now. The liner notes state that Reach, is “one more milestone in Sands’ auspicious career” and I could not agree more. I look forward to hearing more from this amazing young pianist over the coming years. I highly recommend this album.

Track Listing:
Armando’s Song; Song Of The Rainbow People; Pointing West; Freefall; ¡Óyeme!; Bud’s Tune; Reaching For The Sun; Use Me; Gangstalude; Somewhere Out There.

Editors Note: In October 2017, Christian Sands will embark on an extensive European tour. Watch this space for more information in the coming weeks.