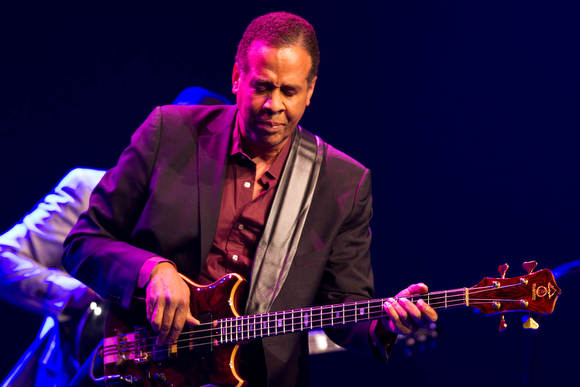 Legendary bassist Stanley Clarke will return to Europe with his band this summer for a series of concerts in Spain, The Netherlands, Germany, France, Switzerland, Austria and the UK.

Stanley Clarke (Philadelphia, 1951) is for the bass guitar what Billy Cobham is for the drums: a shining example for a whole generation of jazz fusion musicians. During the 1970’s Clarke was seen along with Jaco Pastorius as one of the major innovators in bringing the Bass Guitar to the forefront of fusion music. Stanley Clarke came to prominence for his work with Chick Corea’s “Return to Forever”, George Duke and his legendary solo album School Days.

In early 2015 the Stanley Clarke Band released their most recent album “Up” (Mack Avenue) focusing on the older School Days repertoire, complemented by a number of new pieces. Walter Atkins wrote in a review published on the All About Jazz website “UP emphatically confirms Stanley Clarke’s continuous crusade for musical liberation through his prodigious talent and innovative spirit.”