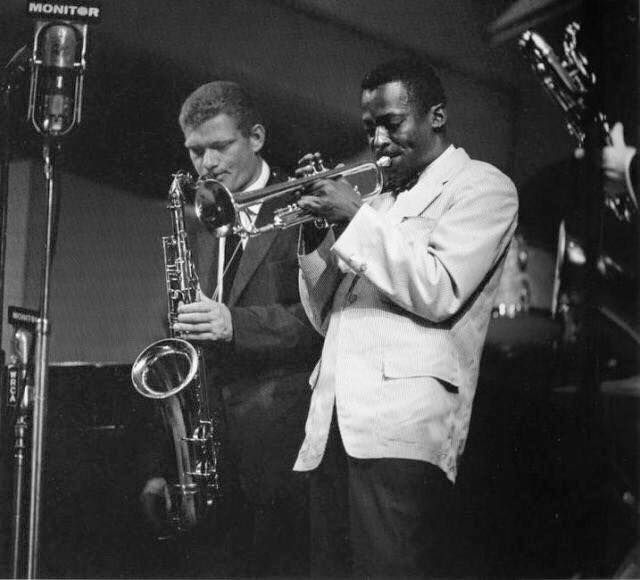 In 1955, Bob Weinstock found himself in a tough spot. He was about to lose his most revered recording artist, trumpeter Miles Davis. Weinstock was head of Prestige Records, the label Miles signed to in 1951 and recorded most of his albums with in the early 50s.

The early albums Miles released under Prestige included many jazz greats such as Sonny Rollins, Jackie McLean, John Lewis and others, but until 1954, the output was spotty due to his Heroin addiction. However, after Miles straightened himself, went cold turkey at his father’s house in Illinois, and came back to the scene in March 1954, his recording career took off. Immediately after his return, he recorded the landmark album Walkin’ in two sessions with pianist Horace Silver. In 1954, he recorded three albums for Prestige, and Weinstock could not be more pleased by the renewed energy and consistency of his star.

1955 was a year of change for Miles Davis. His appearance at the Newport Jazz Festival in July was career-changing. Festival organizer George Wein had to leave Miles out of the printed festival program as the band he cobbled around Miles was a last minute addition to the festival lineup. Wein put together three jazz stars who had no stable band at the time – Davis, Thelonious Monk and Gerry Mulligan, and together with a rhythm section they performed a set that included a duet by Miles and Monk playing Monk’s best-known composition, Round Midnight. Those six minutes got the attention of the audience, jazz critics and reviewers who all raved about the comeback of Miles Davis.

Most importantly, Miles caught the attention of Columbia Records producer George Avakian, who saw something in Miles that will take him to new audiences: “What struck me was that Miles was the best ballad player since Louis Armstrong. I was convinced that his ballad playing would appeal to the public on a very large scale. While his bebop playing had established his reputation among musicians and jazz bands, I knew bebop would never connect on a large scale. It was ingenious music but far too complicated for the average ear and too hard for the mass market to follow the melodies. It’s really Miles’ melodic playing that put him across with the public on a wide scale”. 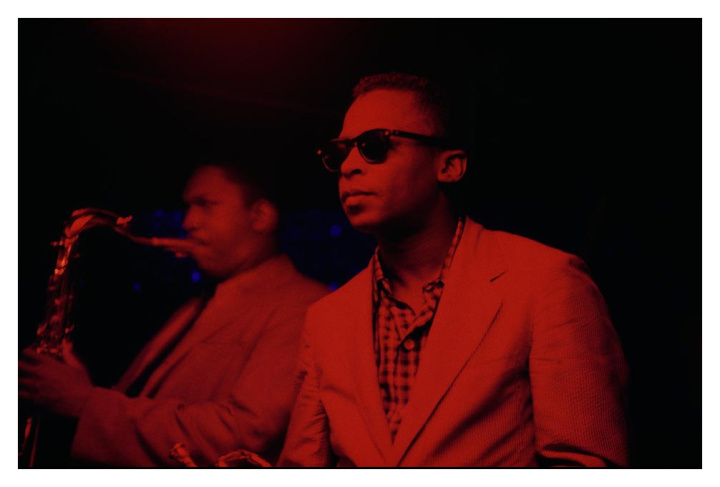 Two days after his performance at Newport Miles met with Avakian to discuss his arrangement with Columbia Records. Miles knew that this was big time, Columbia being one of the largest record labels of its time, and brought his lawyer with him. There was the delicate issue of his contract with Prestige that required him to deliver several more records with the small label. Weinstock had the idea of Miles recording for Prestige and Columbia simultaneously, but not releasing records with Columbia until his recording obligations with Prestige are complete. Columbia agreed under the condition that Miles would record these sessions with a stable band so that when it comes time to release the Columbia sessions, there will be a continuation of his group rather than a mishmash of ad hoc sessions. Miles surprised them by declaring that he has just that group, made of musicians he was playing with for a week: tenor saxophonist Sonny Rollins, pianist Red Garland, drummer Philly Joe Jones, and bassist Paul Chambers. This was the seed for his legendary first classic quintet.

Miles had to go through a number of sax players until he found the right one. Rollins was heavily addicted to heroin and in no condition to join the band. He did follow Miles’ example and cleaned himself up later that year. Moreover, would come back with his great Saxophone Colossus album in 1956.

Miles wanted Cannonball Adderley but the alto sax player was busy with a teaching job. Next was John Gilmore, who played with the Sun Ra Arketstra, but his free style did not mesh with Miles’ band. Philly Joe Jones called John Coltrane, whom he and Red Garland played with in Philadelphia, and the classic lineup was born. Coltrane was not always compatible with what Miles was looking for. His sheets of sound and long solos sometimes put the audience off, and when Coltrane explained his long solos by saying that he couldn’t find a way to stop, Miles suggested: “you might try taking the horn out of your mouth.” But Miles realized that the their two contrasting styles could actually work well together and he regularly used to start a song with a soft trumpet sound and halfway through the song let Coltrane come in with a new level of intensity.

The Quintet’s first recording session was for Columbia in October 1955. That session was released as ‘Round About Midnight’ in March 1957, the Quintet’s first album under Columbia. Miles still had to deliver Prestige more recordings, so he found time for two marathon sessions during a busy 1956 to complete his obligations. These two sessions, recorded on May 11th and October 26th at Rudy van Gelder’s Studio in Hackensack NJ, gave Prestige enough material for four LPS – Cookin’, Relaxin’, Workin’ and Steamin’. Bob Weinstock milked them as best as he could, releasing the albums over a five year period and enjoying Columbia’s large distribution arm to help sell more of his Miles Davis records. It was small change compared to Columbia’s vast sales and marketing, who sold more of ‘Round Midnight than all of Prestige’s recording of the quintet combined.

The quintet had no time to prepare for these sessions and essentially recorded their live sets. Due to the time constraints, they did not try a second take on any of the songs. Even false starts and studio chatter were left on tape and can be heard on some of the song openings, famously on If I Were A Bell (“I’ll play it and tell you what it is later”).

It Never Entered My Mind is one of my favourite tunes from these sessions. Taken from Workin’, released in 1959, it is a Rodgers and Hart standard from the musical Higher and Higher, and it received great interpretations from Ella Fitzgerald and Chet Baker. Miles covered the tune two years before with Horace Silver on piano, Percy Heath on Bass and Art Blakey on drums, in a session for Blue Note Records. I find the classic quintet recording more mature and delicate, and a large part of the credit goes to Red Garland who shines on this tune, playing a repeated four-note pattern over Chambers’s pedal-point bass during the muted trumpet melody. Garland also gets the only solo, a masterful showcase of ballad playing in which he sticks in a 10-second quote from Country Gardens at 3:58. The ending is unique with the same pattern played in double-time, a bowed bass and Coltrane’s only contribution to the song – the last two notes.

The quintet dissolved less than a year after this recording. Drug problems afflicted Coltrane and Philly Joe Jones and Miles decided to fire them. Shortly after Miles would start a new phase in his career and embark on a series of recordings with composer and arranger Gil Evans. Coltrane would return to play briefly with Miles on one of the best albums of all time, Kind of Blue. The classic quintet would play no more, but their albums remain some of the best combo recordings in jazz history.

Text, images and original article by Hayim Kobi on The Music Aficionado