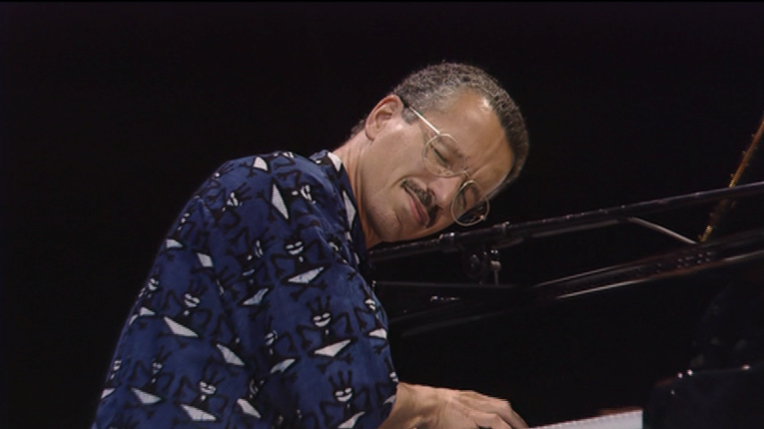 It’s one thing to hear, but quite another to see, the Keith Jarrett Trio in action. For those unable to do so in a live setting, this two-DVD release is the next best thing.

A 1993 gig at Open Theater East takes place in the heart of a sweltering summer. The air shines both with the music and with the rain that forces a large and dedicated audience to listen from beneath ponchos, and the musicians to play from beneath a clear canopy. The video quality is much finer this time around, and despite a rocky start born of technical issues and the weather, captures one of the trio’s finest sets available on any medium.

What separates this concert from the others available on DVD is the openness of the band’s aura. Jarrett more than ever plays for his appreciative listeners because he understands the bond into which nature has pushed them. Perhaps it’s no coincidence that Jarrett’s The Köln Concert also famously began in the least ideal of conditions. Clearly, the pressure set him on an unprecedented creative path. And so, even as the trio struggles to feel out the climate in Dave Brubeck’s “In Your Own Sweet Way” (throughout which Jarrett must often wipe down the keyboard with a towel), all while latecomers snake to their seats, we can feel the groove emerging one muscle at a time. After the worldly touches of “Butch And Butch” and “Basin Street Blues,” we know that things have been set right.

Tracks:
Introduction | In Your Own Sweet Way | Butch And Butch | Basin Street Blues | Solar – Extension | If I Were A Bell | I Fall In Love Too Easily | Oleo | Bye Bye Blackbird | The Cure | I Thought About You