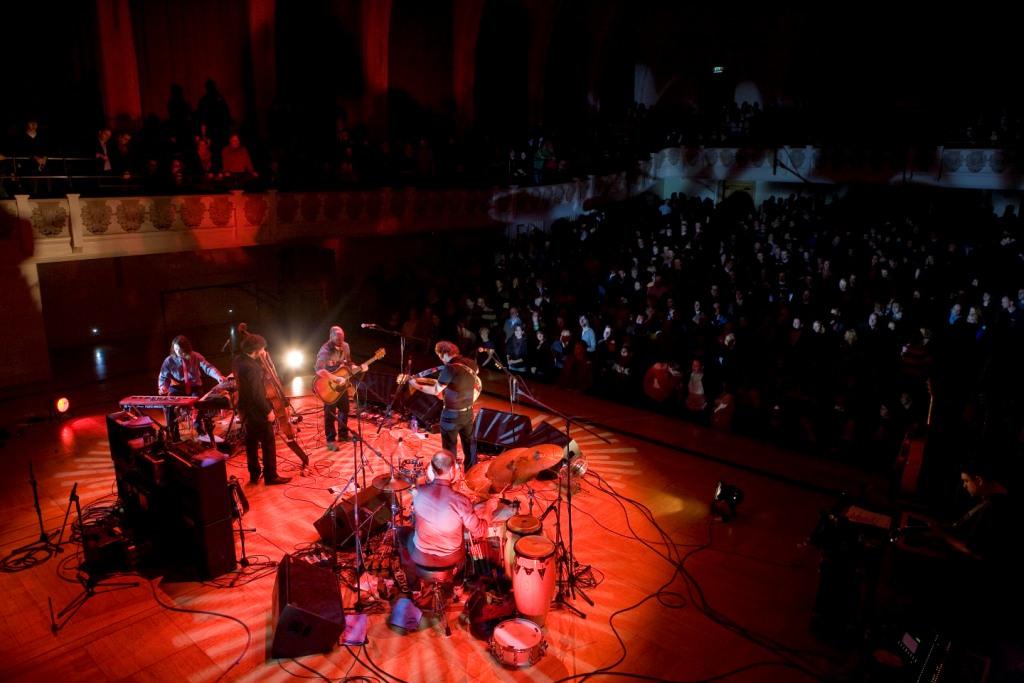 Erminia Yardley talks to jazz guitarist Chris Standring in anticipation of his “very special” gig at Cadogan Hall in London on 5th March.

1) Chris, at the end of this month, we will see you at Pizza Express for 4 dates and then on 5th March, there will be a very special performance at the majestic Cadogan Hall in London.   Can you tell me how you will approach this gig?  What preparation do you plan? If any?…

I think I will be approaching this gig a little more thoughtfully than a normal show. By that I mean I can’t really go on stage with reckless abandon because it is going to be recorded and filmed, so I need to make sure what I play will translate well to the final recording. Having said that, it is a fine line because we need to get into a zen-like head space where we are all playing in the moment, so in that sense it is possible that extra-thoughtfulness may go right out the window! If I allow myself I could succumb to some pressure, but I have had a lot of experience in recording studios and also in front of the camera, so I’m hoping at the end of the day that we simply just put on a great show and we all end up playing great. Not thinking at all may just be the answer for this show. I am certainly practicing and making sure, I am playing at the top of my game, that’s for sure.

2) Your longevity as a jazz guitarist is a testament to you, but the gig on the 5th March will be a special one for many reasons, one of them being that the majority of the audience will be able to listen to the music (being recorded live) via their headphones.  Where did the idea originate from and why?

The initial inspiration came from the band Snarky Puppy who have made a series of live recordings with an invited audience who all got to wear headphones so they could hear exactly how the quality of music would sound as it is being recorded through microphones, rather than live from the stage. They could of course do that too, but the fun is being able to witness the quality of recording as it goes down. So Nigel Williams at Jazz FM got together with Mayank Patel who promoted a show I did in Saint Lucia last year, together approached me about the idea of doing a similar thing in London. I loved the idea and wanted to bring in an orchestra to really class-up the event. And before you know it, the whole idea was a reality.

3) You will be playing tracks from your back catalogue, but also from your latest album “Ten” with your band on stage.  I also believe there will be other guests performing, like Body of People (aka BOP Jazz Theatre Company) and, of course, the mighty Mica Paris. This promises to be an amazing spectacle:  how has all this come to fruition, was it a long process and who approached whom first?

An event like this is a once in a lifetime experience so once the initial idea was born we all got together and thought about how we could make it larger than life. I have worked a good deal over the years with string players and really wanted to utilize that in a live setting. Mayank and Nigel have seen some of my music videos, which have included dancers so we thought that for a couple of songs, this might be an interesting element. I am good friends with Dollie Henry and Paul Jenkins who own Body Of People, the theatre company in London, so they were my first choice. Finally when the idea of a special guest came up, I have been a big fan of Mica’s over the years, she is one of UK’s finest singers. Between Jazz FM and Mayank they invited her and she said yes. I took a couple of her songs and wrote string arrangements for the show and I think they are going to sound fantastic.

4) What are you most looking forward to performing at the Hall?

I’m looking forward to the whole event frankly, but there are a couple of songs that I have not performed live before and I have all these new string arrangements which I can’t wait to hear. A lot will sound as new to me as it will to the audience, so that is always fun.

I have several guitar heroes. In the early days I was a huge fan of Jeff Beck. Still am, but I don’t play anything like him. Pat Martino and Pat Metheny are two other heroes of mine where my style is not dissimilar in some circumstances. I have been very conscious of trying not to sound like anyone else over the years, but sometimes it’s hard to avoid.

Get Tickets for This Event.