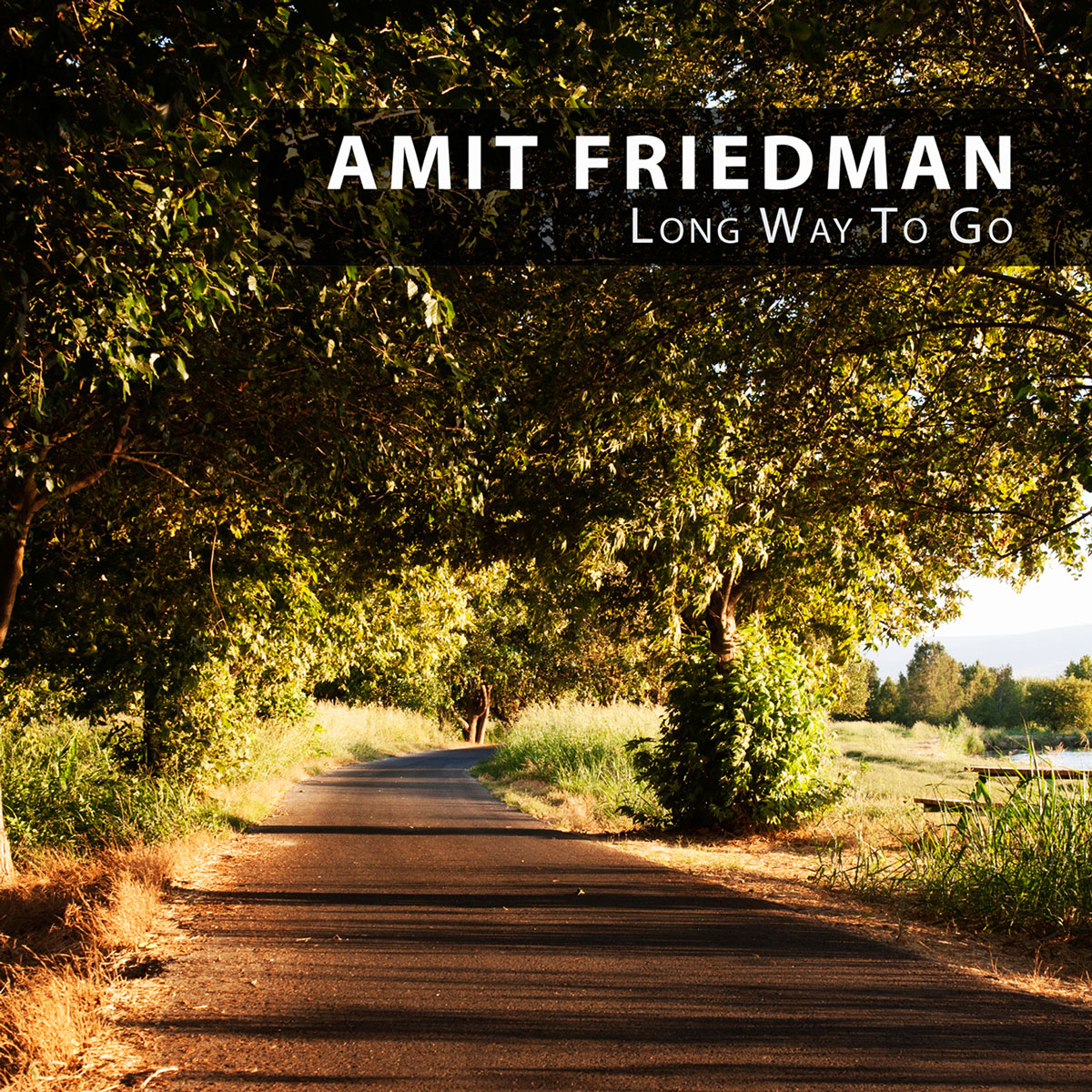 Saxophonist, Amit Friedman is one of Israel’s top jazz musicians. Amit’s first album “Sunrise” on Origin Records records in 2012 put him on the map as an artist to watch. His follow-up release “Long Way To Go” (Dot Time Records DT9057) continues where Sunrise left off further displaying his talent not only as a saxophonist but also as a composer.

The Album opens with the title track “Long Way To Go” and immediately sets the tone for the album. “Long Way To Go”, while firmly rooted in the jazz tradition, it’s compositions and instrumentation elude to the Middle Eastern and Latin influences that are present throughout the album. The album continues with “Enough is Enough”, a track that explores unconventional time signatures adding rhythmic complexity without sacrificing groove. “Momento” with it’s Afro Cuban “Son” feel introduces the first of three guest vocalists featured on the album Claudia Acuña. Originally from Chile and now resident in New York Claudia has become on of the leading vocalists on the New York Latin scene.

Other tracks of note include “Silent Blue”, a gentle Bossa Nova featuring vocalist Tamara Eisenman, and “Strechin’n the Truth”, an up tempo swinger featuring strong solo’s both from Freidman and pianist Katia Toobool.

Personally, The highlight of the album is the closing track “Love Must Be The Way” featuring vocalist and founder of Yemen Blues, Ravid Kahalani. With it’s up tempo 12/8 groove this track grabs your attention from start to finish. “Love Must Be The Way” is a track containing multiple instrumental and lyrical hooks that tend to linger in ones consciousness for days at a time.

It’s not often I receive an album for review that has spent as much time in my CD player as “Long Way To Go”. With this album, Amit Friedman has delivered a release that shows an artist and composer at the top of his game – Highly recommended.