Jimmy Heath: Life of a Legend 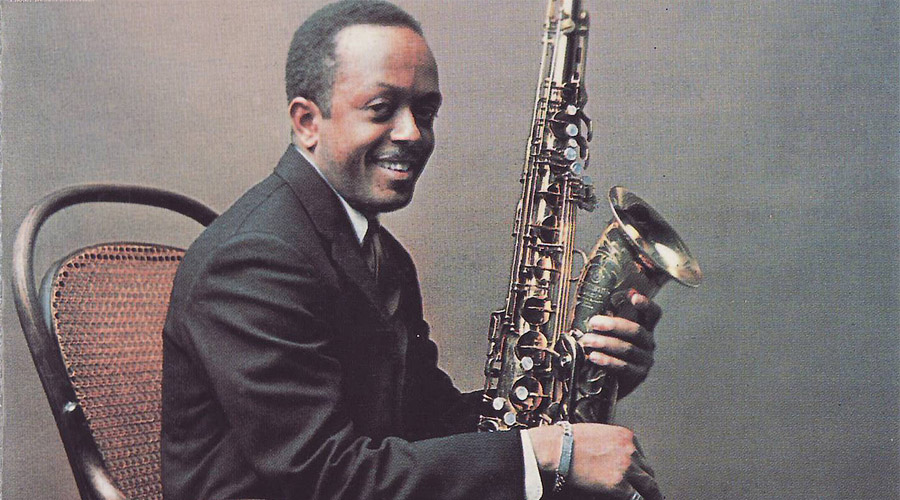 “As an alto player I had been given the name ‘Little Bird’.  I was trying to play everything that I could hear and copy Charlie Parker.  I love it and I still play some Charlie Parker licks, everybody does it.  If you play jazz, you’re gonna play something that Charlie Parker played.  He was one of the genius’s of the music…but I wanted to be Jimmy Heath!  That was one reason I switched to tenor.  Another reason was that after leaving Dizzy’s band with John Coltrane, in 1949-50 back in that time…I realized that John had changed to tenor.  Another reason was that when I went home, the fourth instrument hired was the tenor saxophone, after rhythm section.  The tenor was the instrument of choice at that time.  I figured that if I played a tenor, maybe I could find my own personality, my own sound.  But its still Charlie Parker on tenor!” he laughs.

“Charlie Parker set such a high curve that Trane and myself and Sonny Rollins still gotta pay homage to him.  There’s only twelve notes that we use.  Ya know?  So, there’s gonna be some Charlie Parker in there.  I still play some of Charlie Parker’s compositions, so he’s still in the music.  His influence on America’s classical music is unbelievable…its never ending.

The small, but powerful Heath is jazz royalty.  He had long-term collaborations with giants including Dizzy Gillespie, John Coltrane and Miles Davis.  His compositions have been recorded by Clark Terry, Cannonball Adderley, Ahmad Jamal, Ray Charles, and many others.  Today he leads his Big Band, small groups and co-leads the legendary Heath Brothers.

Not shy to speak his mind, Jimmy Heath is full of wisdom, jazz wisdom.  “Some of jazz is blues-based.  But I think its gotten away from what the African American who invented the music, who created the music – meant for it to have a swing, a syncopated beat.  Its international now, ya know?  So all the other cultures bring their influences to the music.  Bebop was like that, after the Swing Era.  We got so scientific in that we were influenced by European, classical composers.  My mentor, Dizzy Gillespie, or Charlie Parker would score a Stravinsky suite.  Then, it was meant to be more multi-cultural in nature.  But I think the strongest influence of the music was from the swing and the pulse that it had.  If you feel your wrist and there’s no pulse…you’re dead!” he smirks.

“We gotta play for people.  We are not playing for a machine.  You gotta have a pulse!  Even the sound of the music machines of today, with that funky feel, comes from Africa.  That has captured the world.  The groove came from Africa.  The twelve-note system is European.  The chromatic scale is twelve notes.   We’re using the same notes over and over.  Unless you’re in another culture and they’re using quarter-tones and things like that.  So, there are a lot of influences on jazz today – but it is never gonna die!  When I was a kid they said jazz was dead (laugh) – I’m about to hit 90!”

With more than 70 years of performing and having recorded more than 100 albums, he says, “It’s all I can do and I’m still writing music for my Big Band.  I’m going to have my Big Band at Jazz at Lincoln Center and some small groups with friends and colleagues.  The Big Band with vocalist Roberta Gambarini will be the main feature for my 90th birthday celebration.”

Fellow NEA Jazz Master, the late Hank Jones called Gambarini “the best new jazz vocalist to come along in 50 years.”  Jimmy Heath feels the same, “She was at the Monk Competition years back.  I was one of the first people there at the meeting when they first started the Thelonious Monk Institute of Jazz and I’ve been in it ever since.  I’m on the Board of Advisors and Trustees and all that, over the years.  It’s a very special institution.”

What can the audience expect when the Jimmy Heath Big Band hits the stage?  “We’re going to be doing some tunes with Roberta and some with the small groups.  I’ve transposed some of the songs to the Big Band and Roberta will be singing.  She’s a great lyricist.  My niece Beth Jackson also wrote some.  So what the audience will hear is a combination of all that.  We’re going to make the people feel the music.  Like my man, Dizzy.  I want to be just like him because Dizzy could play with a big band, write for a big band and smaller groups.  He could do it all.  That’s why people like myself and Wayne Shorter and Joe Henderson and Slide Hampton…we do what we can to keep the music alive.

Jazz is here forever.  It changes but it will never die.  It’s multi-cultural now.  Every place I’ve been in this world they seem to add their cultural influences.  Jazz is wonderful, man!  It’s my life!” he closes with a smile.