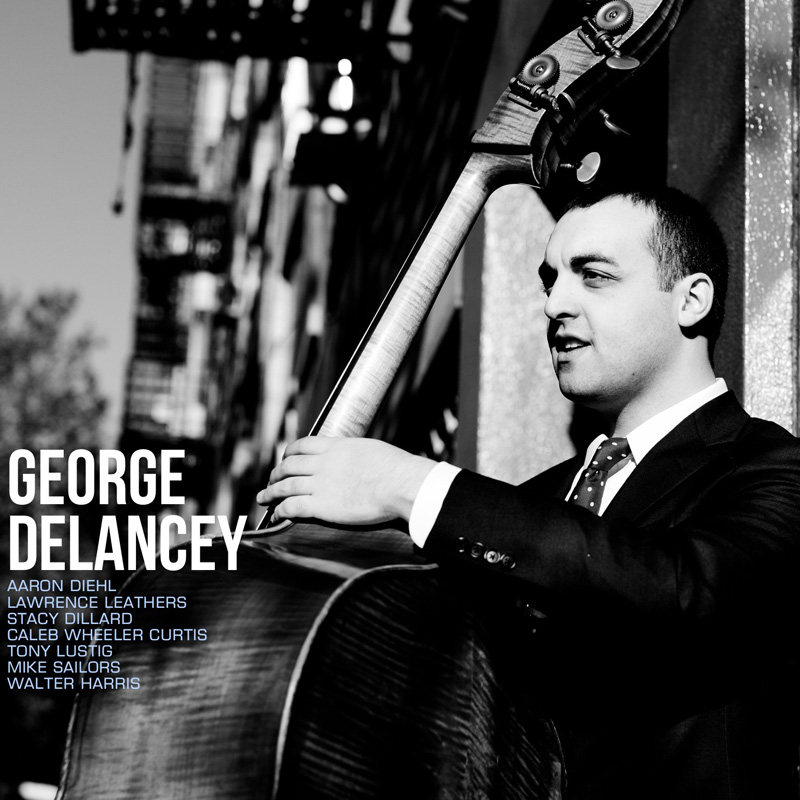 Bassist/composer/bandleader George DeLancey busted out with his self-titled debut CD July 9, 2016 to critical acclaim and nationwide airplay. He features an all-star lineup of young musicians crossing the spectrum of the New York jazz scene. Together they create a tight program of swinging and lyrical composition. The New York City CD Release Celebration takes place at Smalls Jazz Club on September 28.

A native of Cambridge, OH, and a student of such prestigious programs as the Columbus Youth Jazz Orchestra and the Michigan State University Jazz Studies Program, where he studied under Rodney Whitaker. He has worked with notable bandleaders Johnny O’Neal, Wessell Anderson, Willie Jones III, Philip and Winard Harper, Christian Howes, Houston Person, Tia Fuller, Bria Skonberg, as well as many others in New York and throughout the Midwest. He is active nationally as a bandleader and educator, and has worked with programs including Jazz at Lincoln Center’s Jazz for Young People, Christian Howes’ Creative Strings Workshop, and Keith Hall’s Summer Drum Intensive. He is also the director of the Midwestern arts initiative Appalachian Muse.

“There really is no need for a musicological or journalistic investigation as you experience this album. For music as fresh and new as this is, it’s best just to let it sink in over repeated listenings, and trust me, the experience deepens with each successive visit.” —Loren Schoenberg, National Jazz Museum In Harlem (Founding Director & Senior Scholar)

“George DeLancey understands the entire scope and history of the bass, his playing reflects this and looks towards the future. As a composer, he is without a doubt, one of the most creative melodists of his generation.”—Todd Stoll, Jazz at Lincoln Center (Education, Vice President)