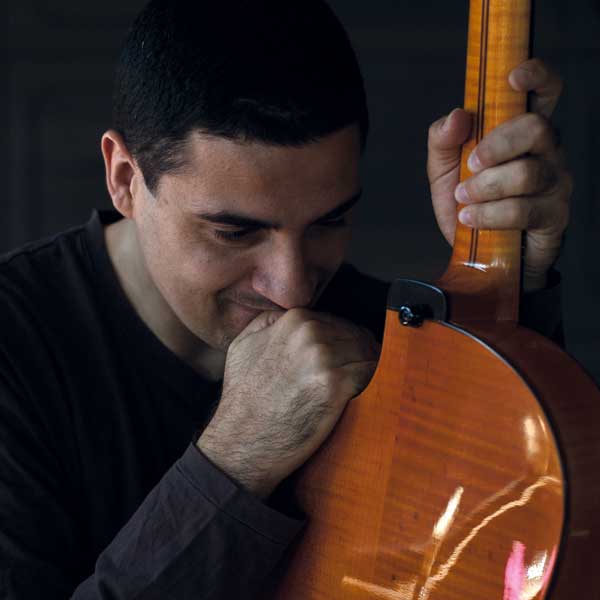 In May this year, Italian guitarist Simone Gubbiotti will embark on his first tour of Scotland. Since the release of his third album “Resilience” in 2015, Gubbiotti has been generating a great deal of attention from both press and radio both in his native Italy and abroad.

Music was not Simone’s first passion, he began his career in the world of sport where he played professionally for a number of top Italian soccer clubs including AC Milan. After sustaining a serious knee injury Simone took the decision to refocus and pursue a career in music. Simone initially studied jazz guitar locally in his native Italy and later furthered his studies at the Berklee college of Music and the G.I.T in los Angeles. Simone has performed throughout Europe and the United States, both as a sideman and leader, however it is since his signing with New York based label Dot Time records that Simone has started to gain the attention he deserves.

Simone’s first release, “Promise to my Friend” was recorded late 2011 in L.A, together with Peter Erskine and Darek Oles. Following up on this, Simone changed format to record “The Hammond Trio” with Joe Bagg (Hammond Organ) and Joe LaBarbera (Drums).

His latest release Resilience see’s Gubbiotti return to the traditional trio line up of Guitar, Bass and Drums. Recorded in New York the album was features bassist Jay Anderson and Adam Nussbaum on drums.

Joining Simone on the Scottish tour will be his Italian trio featuring Davide Liberti on double bass and Ruben Bellavia on drums.

Tour dates are as follows:

Resilience is available at iTunes and Amazon