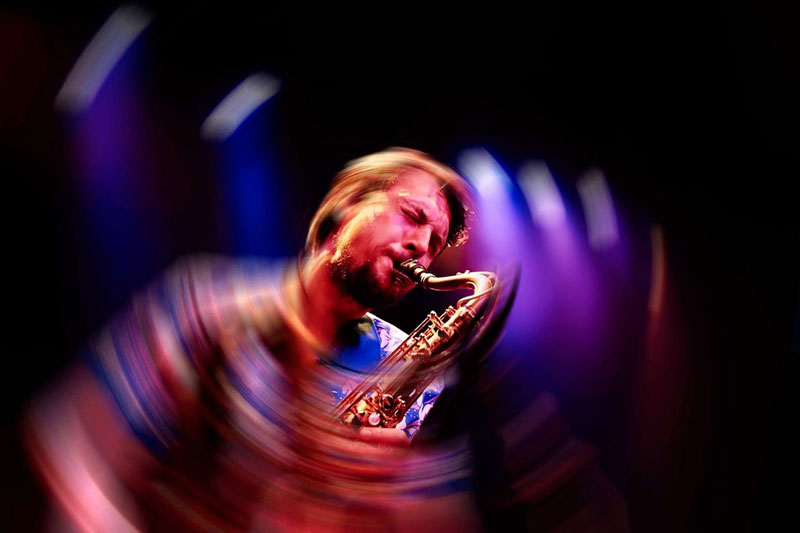 Last Saturday I had the chance to make the yearly pilgrimage to Bremen for the 2016 edition of Jazzahead. Jazzahead has grown to become one of the most important events on the global jazz calender and with the ever growing international contingent the 2016 edition showed evidence of this. I consider jazzahead a great opportunity to witness what’s new on the scene, catch up with old friends and most importantly see proof that the art form of jazz is alive and vibrant as ever.

After making my rounds at the exhibition, I headed off for the first showcase of the day, the Norwegian bassist Ole Morten Vågan and the Trondheim Jazz Orchestra. The set featured an intriguing mix of through-composed music and chaos. While not my style, the performance was highly convincing and shows that the avant-garde is alive and well.

Once recovered from this performance it was off to the Kulturzentrum Schlachthof for Oddarrang. This Finnish band performed a strong set producing ethereal soundscapes, beautiful melodies often morphing into overwhelming rock passages. After this performance I was left feeling both invigorated and confused. If I had to describe this concert in one word it would have to be WOW.

While doing my rounds at the exhibition, I stopped by the Dot Time Records stand where I was convincingly persuaded to attend the Clubnight performances at the Swissotel. The label presented at their Clubnight showcase four artists, all with current releases on the label. 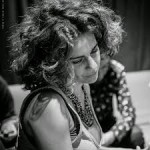 Opening the evening was Italian vocalist Simona Parrinello. Having recently reviewed this release I was curious to see her perform live. Simona and band presented material from the album showing that she is just as comfortable on stage as in the studio. The material translates well to a live setting, moody, intense and superbly executed. Simona is a young artist that should be on the radar of all festival programmers.

Following Simona was UK saxophonist Chris Rand. Chris and his band grabbed the attention of the crowd from the first note with his mix of Swing and New Orleans second line. Within minutes had all present dancing in the aisles. This performance shows Chris not only to be superb saxophonist but also a first class showman. Of special note was the performance of Brazilian guitarist Dilson Laguna and Danish bassist Kenneth Dahl Knudsen who stepped in at the last moment to replace Chris’s regular players who due to unforeseen circumstances could not appear. One would not be wrong in thinking this line-up had been performing together for years. 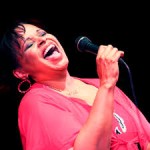 Continuing the night was Deborah J. Carter and her band. Deborah presented music from her latest CD “Diggin’ The Duke”. Although familiar with her recorded work this performance was the first time I have had the pleasure to witness her live. This strong set presented new arrangements and re-imaginations of the works of Duke Ellington in a highly charged performance commanding a strong ovation from the audience.

Closing the night was Shez Raja. This UK bassist has been all over the press in the last few months and within the first few bars of the opening song I understood why. The performance was a fiesta of highly charged funk, fusion with an eastern flavour.

Having had my fill of music for the day and with my head spinning I returned to my hotel with the feeling that Jazz is in good hands.