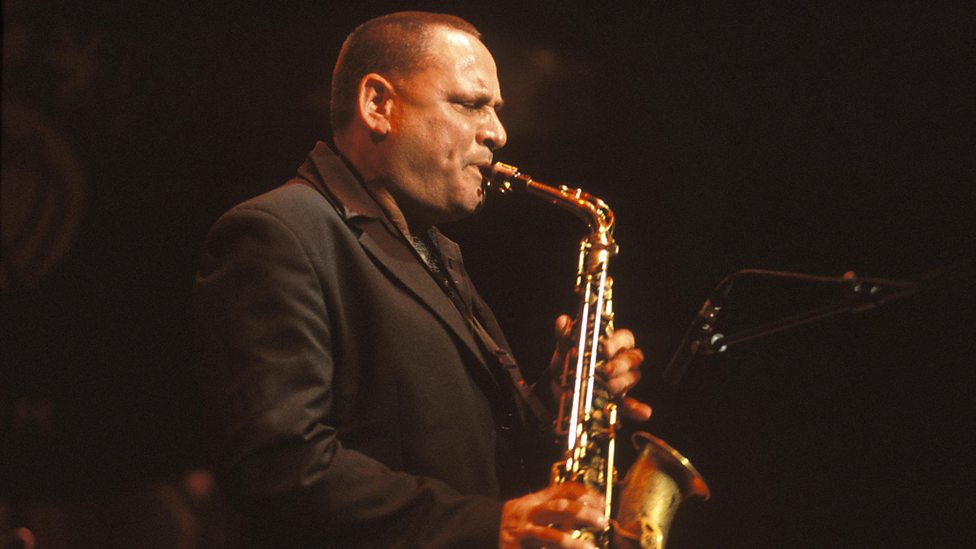 ‘ Do you know he is one of the best players alive today?’ someone asked me recently about Gilad Atzmon. I did not know how to reply because for me, Gilad is distinctive and who am I to compare him with anyone else? At the California Club, which converts into a Jazz Club in Ipswich, Suffolk, however, I was to get my answer.

From the start, things went well. It was one of those evenings when a player finds the right level of banter for the audience and has them in the palm of their hand after the first number and a bit of well-judged humour. The Orient House Ensemble back Gilad’s playing well and this comes of nearly 25 years of playing together – albeit with a few changes here and there. Yaron Stavi on bass seems to be able to fill every conceivable gap Gilad leaves (and there are not many) with beautiful, flowing bass lines and his solo sections are wonderful whilst Frank Harrison uses his keys to almost perfection with atmospheric soloes. Mostly playing tracks form their latest album ‘The Whistle Blower’ the band took the listener on journeys through places and settings. Numbers included ‘Gazza Mon Amour’ with its grinding, driving eastern melody and rhythms, ‘The Romantic Church’ which is a gentler number on the album but here extended and enhanced by some wicked bass, keys and a sax solo. ‘ The Whistle Blower’ (which has the audience wolf whistling at the appropriate places, encouraged by Gilad and the band singing, slightly off key but with great enthusiasm, and ‘For Moana’ – a beautiful, sex laden piece written about an Italian porn star Moana Pozzi, who later turned to politics – Gilad even looked her up on his I-pod when he realised half the audiences (actually more like 90 percent) had no idea who she was and passed the pictures around the audience, warning the men not to get too excited. He said it was OK with his wife as she died 20 years ago (Moana, not his wife). ‘Burning Bush’ was dedicated, tongue in cheek to George Bush and as an encore the band played their version of Hoagy Carmichael and Stuart Gorrell,’s ‘Georgia’.

However, that evening what struck me was Gilad’s playing. I have seen him play a few times, with the OHE and also with The Blockheads but I have never seen him play like this. A combination of moods, an open ear, inspiration from somewhere else and a great atmosphere in the club led to some of the best playing I can remember. Gilad plays slightly hunched over, the sax seemingly an extension of his arms and middle section, he trills, he rolls, he squeezes emotion from his instrument and then he improvises, taking it just far enough away from the theme not to lose this fairly traditional audience but proving that as an improviser Gilad has few rivals. His interaction with the audience was largely well received, although, as ever, he pushed some his points to the limit, bringing in political references which were designed to get a reaction – some of them- did but back to the music. When Gilad shuts his eyes, rocks like a man possessed and unleashes the power of his lungs and his dexterity with a sax, beware, let it wash over you, sit back and just enjoy. It is very rare that I am genuinely ‘blown away’ by a musician and often, one I have seen several times can no longer really surprise me but this night, this place and this time, Gilad did just that. In answer to the guy who said Gilad was one of the best players in the world I now have an answer – I think he (probably) is.