CD Review | The Sirkis/Bialas International Quartet: Come To Me 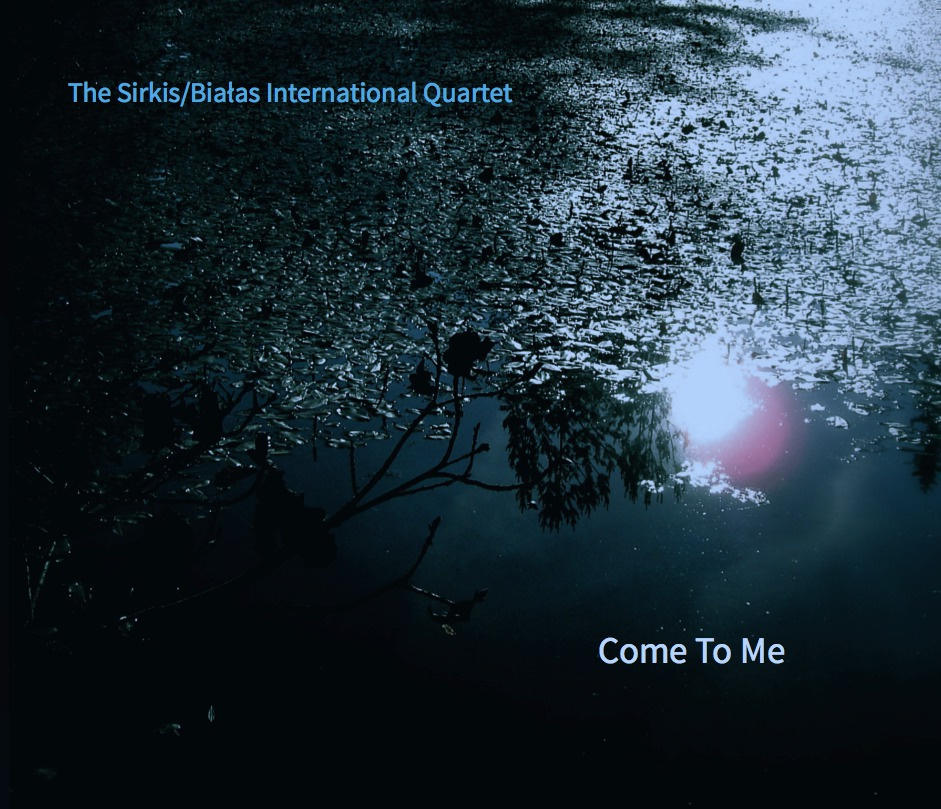 By ROGER FARBEY | Courtsey of All About Jazz

Drummer Asaf Sirkis co-leads this international group along with Polish singer Sywia Bialas (who actually resides in Germany) and two British musicians, Frank Harrison and Patrick Bettison. Sirkis has been making waves on the jazz scene over the past few years, playing with the likes of Larry Coryell and Tim Garland.

Five of the tracks are necessarily defined by the Polish lyrics written and sung by Bialas and to the unwary, the opener, “Come To Me” might initially discombobulate, hearing Slavonic words enunciated in a jazz idiom. But it rapidly becomes clear that this configuration really works well. It’s apparent here and on the next track “Dreams Dreams,” where Bialas’ influences lie. A self-confessed ECM Records fan, she composes, frequently in combination with Sirkis, elegant, beautifully-crafted songs.

“Vortex” picks up the pace and sees Bialas singing in the international language of scat, the lyric-less vocals seeming to free-up the mood, enhanced by lively piano and drum solos. The Polish lyrics of “Ismael” are rendered with delicateness and succeeded by a wistful harmonica solo (a comparative rarity in jazz) from Bettison.

The brisk “A Hymn” affords Sirkis the chance to demonstrate his ability to furnish a piece of music with predominant drumming that is both vibrant yet non-intrusive, allowing Bialas’ voice to be heard in perfect equilibrium. “Mandragora,” an exciting more complex piece, opens with harmonica, enjoined by Bialas’ wordless vocals, bass and piano solos and all the while Sirkis’ deft drumming keeps tempo in often changing time signatures. The ballad “The One” like all the Polish lyrics here, benefits from English translation provided in the digipak CD’s insert. This is helpful since the words frequently match the lyricism of the music: “One world, one goal, one thought and vision.”

On the brisker-paced “Magnolia,” harmonica follows a vocal opening and Sirkis produces some engaging cross-beat rhythms whilst the song gradually builds-up to a climax. The slow “Orbs” engagingly employs ruminative piano and stretched-out harmonica notes, punctuated by periods of near-silence. The medium-paced “Orgon,” concludes this set here, sounding nearer to Return to Forever’s debut ECM recording, with electric piano to the fore.

This is more than merely a fine vocal jazz album, since like other singers such as Norma Winstone (another influence), Bialas uses her voice as an instrument and not just as a means of expressing lyrics, whilst her colleagues provide sumptuously arranged and executed music.