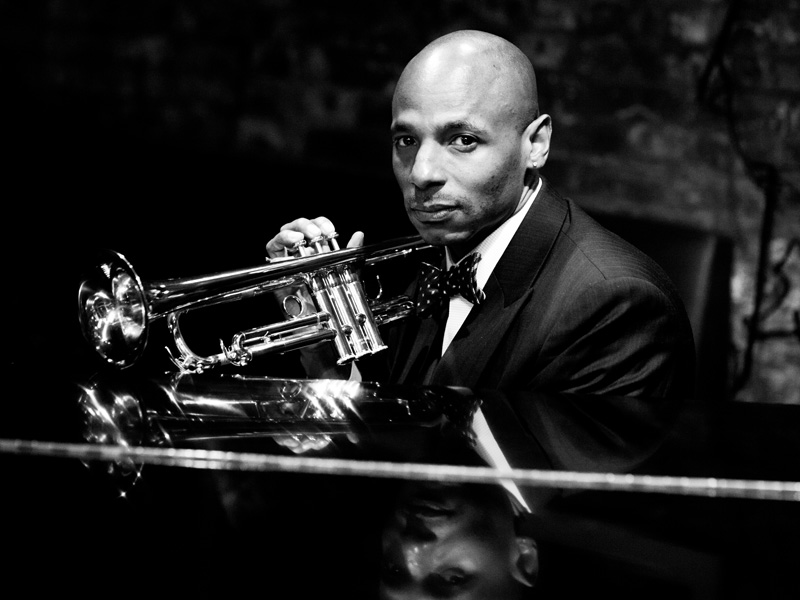 Jazz legend Charles Mingus once said, “In my music, I’m trying to play the truth of what I am. The reason it’s difficult is because I’m changing all the time.”

Most people can probably identify with that statement. However, there are times in life when the universe invites us to stand still in the moment. The universe offers clarity. We know who we are and what we stand for—what to accept and what to discard. We live in the essence of who we have become. Duane Eubanks’ soon to be released CD entitled, “Things of that Particular Nature,” sounds like a moment of clarity. A clarity honed from over 20 years of learning his craft and performing music with artists like Alicia Keyes, The Temptations and Dave Holland.

“Things of that particular nature is a line my father has used for as long as I can remember,” said Eubanks. “As a child I remember thinking how strong and articulate Dad sounded using that phrase. I wanted my CD to touch upon those same feelings. I wanted to show strength and clarity, to articulate what I had to say as a musician.”

Eubanks family has always had a strong influence on his musical life. His mother, pianist Vera Eubanks was Kenny Barron’s first piano teacher and a professional church pianist.  His brothers, renowned trombonist, Robin Eubanks and guitarist, Kevin Eubanks, former bandleader of the “The Tonight Show with Jay Leno” have always encouraged him in his musical endeavors. But it was his wife, Aleta who helped Eubanks to believe in the synchronicity of the universe by encouraging Eubanks to believe in what he had to share through his music.

The creation process was further helped along by Eubanks finding a group of musicians who in Eubanks own words, “felt like home.” Eubanks had performed with drummer, Eric McPherson for a number of years. It was McPherson who introduced Eubanks to saxophonist, Abraham Burton. But it wasn’t until Burton invited Eubanks to sit in on a gig that featured bassist, Dezron Douglas and pianist, Marc Cary that the Eubanks truly felt he had found his, “musical home.” And it is this Quintet and the musicians’ familiarity with each other that gives, “Things of that Particular Nature” a mature, focused, sublime sound.

“The essence of my recording was captured from its inception. There are a few things that I witnessed on this project. Through my wife, I was able to witness, first hand, the power of positive thoughts and the Universe’s response to it. I also realized how important love is in the hearts of musicians performing it. What stuck out to me was the love and respect the musicians had for each other and the love we all have for the music,” said Eubanks.

“Things of that Particular Nature” pays homage to Eubanks’ roots, his family, and his love of Jazz and R&B music. Eubanks sums up his experience of creating his CD nicely.

“Jazz has allowed me to openly express who I think I am and how I feel at a specific moment of time. Without that opportunity, it’s hard for me to imagine who I would be as a person… music has allowed me to realize how important it is to be able to release the things that we are exposed to throughout the days in our lives. Improvising music has blessed me to have the opportunity to say what I want and how I choose to say it through the art of music…the universe has been kind”

“Things of that Particular Nature” will be released on the Sunnyside label in January 2015 in both the United States and European markets. The CD can be pre-ordered on Amazon.com and Amazon.co.uk.