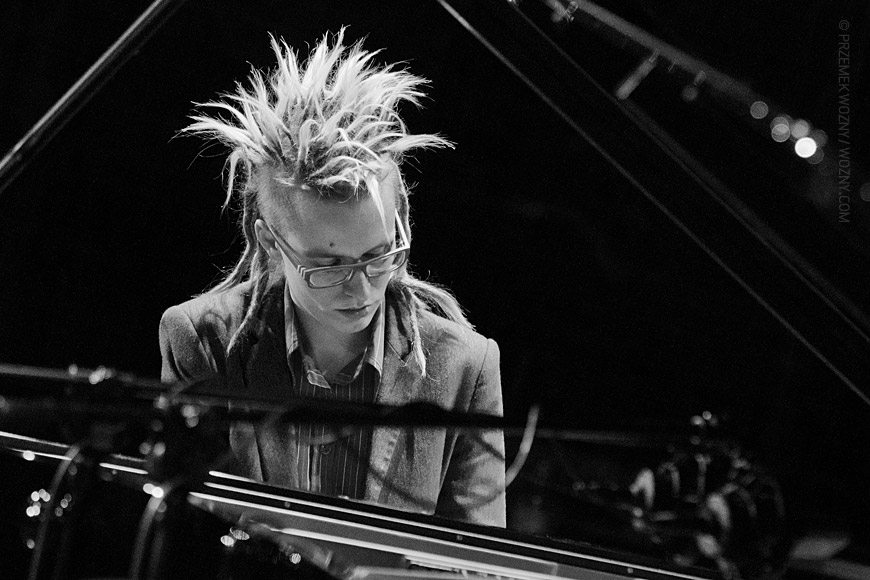 Read Part 1 and Part 2 of this article.

Time for the youngsters: innovative and uncompromised, as well as supremely skilled and trained. This wave is much bigger than the three names listed below but these artists represent three different approaches to what the contemporary jazz / avant-garde pianist can be.

Born to a musical family. she is already considered a remarkable pianist, composer and producer and has played in a wide variety of projects. She is currently a part of J=J (an avant-garde duo with Jan Emil Mlynarski, which recently toured with Skalpel in a cooperative project) and the Wojtek Mazolewski Quintet. Her style of playing is uncompromised and surprising. Her self-released debut solo album titled The Best of Joanna Duda is probably the best way to start discovering her artistic stance. It shows the universe of inspirations that drive her and her music. Many of them may be shocking, and seem to be cheesy, obsolete, or to sound like a pastiche, but for those who have seen Joanna Duda perform live there is no place for doubt:

“though this be madness, yet there’s method in’t”

Until 2012 it was mostly well-informed jazz listeners who knew about Piotr Orzechowski. At that time he was a very promising young pianist who had won several major prizes at various jazz competitions with his contemporary jazz project High Definition. Yet, in 2012 he stunned audiences with his debut album released by Decca (!) titled Experiment: Penderecki which attempted to reinterpret some of Penderecki’s works (mostly from the 1960s, thus from Penderecki’s sonorist period). His interpretations were praised by maestro Penderecki himself and earned him a continuation of his cooperation with Decca – the recording of aforementioned Bach Rewrite with Marcin Masecki. His latest recording 15 Studies for the Oberek is the result of his analytical studies on one of the Polish folk dances.

Piotr Kurek would surely prefer to be named a music creator or a composer than a pianist, as he never aims at presenting his virtuosity or purely technical skills. Instead, he creates music of an unheard of provenance and constantly works on new projects which, despite being very much varied, have one thing in common – they are not meant to last for longer than a few rehearsals and are intended to register an encounter between two strong musical personalities. In Kurek’s rich discography there is a handful of them: Slepcy, Suaves Figures, family adventures, and the only one with any sort of continuity – Pietnastka. There is only one way to get acquainted with his music, as words and comparisons are completely useless in this case – Listen