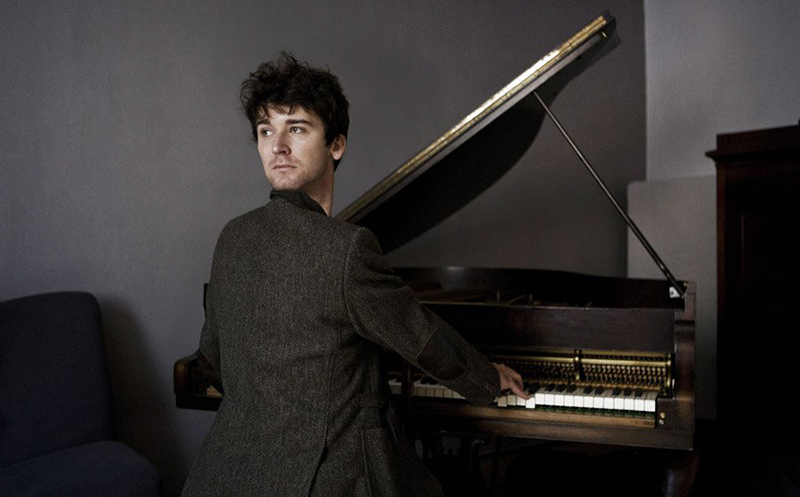 Read Part 1 of this article here

His career is inextricably linked with the Simple Acoustic Trio (now known as Marcin Wasilewski Trio) that he founded with Slawomir Kurkiewicz and Michal Miskiewicz aged just 15! Their debut came in 1995 when, with the oldest band member just 20 years old, they released an album dedicated to Komeda. The album didn’t pass unnoticed and soon attracted the attention of the jazz scene. This is how Simple Acoustic Trio joined Tomasz Stanko to form one of his longest-standing quartets, the one that recorded three iconic albums: Soul of Things, Suspended Night and Lontano. Since 2008, after splitting with Tomasz Stanko, the trio decided to work as the Marcin Wasilewski Trio and signed a multi-album contract with the world’s best jazz label, ECM. Their subsequent recordings (most of them produced by Manfred Eicher himself) became widely acclaimed and let the trio extensively tour on every continent. It is an open secret that Wasilewski is Manfred Eicher’s favourite – a fact that speaks for itself.

Among all the magnificent pianists presented in this article, Slawomir Jaskulke should be given a special place. Not because he is a straightforward genius, a restless improviser, and a well-known composer and performer, but because he took on an unprecedented project paying tribute to Fryderyk Chopin. For the World Expo Exhibition in 2010, Jaskulke summoned a five-headed monster – Chopin for 5 Pianos. The idea was to show the music of Chopin through the prism of different musical traditions and to make those influences converge at one place and one time. For this purpose Jasku?ke invited four of his friends: jazz pianists Pawel Kaczmarczyk and Piotr Wylezol, avant-garde pianist Joanna Duda and classical pianist Katarzyna Borek. The outcome was just stunning and was presented in many places all over the world, earning the appreciation of the audience with every single performance.

Some people never stop swimming upstream and Marcin Masecki is definitely one of them. Every time the buzz around him starts to stir up, he moves on to something else, something new and inspiring, destined for people who prefer the process of searching to the act of finding. Among his myriad musical undertakings (including: Profesnonalizm, Polonezy, Paristetris, Pictorial Candi) classical music has a special role.

“His parallel passion is classical music, which he most often presents in contexts foreign to it. He is an advocate of treating classical music as a legitimate and fully integrated element of the modern musical landscape, not just as an elitist museum piece.”

He recorded Bach’s Kunst Der Fuge on a Wurlizter piano (electric one, popularised such as by Ray Charles), as well as the remarkable Bach Rewrite album for the venerable Decca recording label. Masecki’s trademark is his love for imperfection. In spite of being a perfectly skilled and educated Berklee College of Music graduate, he intentionally looks for distraction, errors and chaos.

“I was taught to be clean and polished, so it became a challenge to find beauty in something dirty and broken – he says.”

Read Part 3 of this article here