Ole Seimetz | My Everything 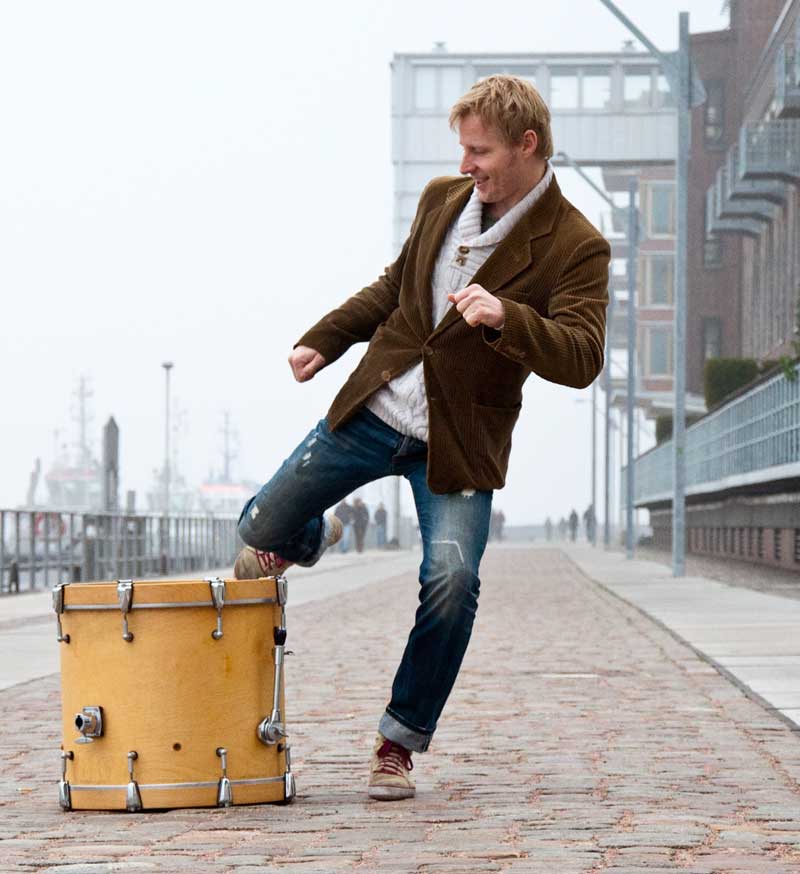 Ole Seimetz is describing his transformation from a fourteen year old who didn’t particularly listen to music into, at sixteen, a very determined young drummer who wanted to play music for a living.

“I’d never thought about playing drums until I saw a pair of drumsticks that my brother had lying in his room,” says Seimetz, who has just released his first album as a leader, My Everything. “I just grabbed these sticks for some reason and almost immediately I felt that I never wanted to let them go. I can’t really explain it and when I look around me, I realise that I was a late starter for someone hoping to become a professional musician, but I loved the feeling of those sticks in my hands – and twenty-five years on, I’ve never lost that feeling.”

Late starter or not, the Hamburg-based Seimetz made swift progress after getting a drum kit and some lessons. Within a few months he had joined his first band and from being barely a casual listener he suddenly became aware of a whole world of music and was eager to try as much of it as possible. It’s an appetite that has taken him from the big band sounds of Glenn Miller, with a German Miller revival orchestra, to playing soul and funk and touring with Danish pop star Aura Dione, who plays to audiences in their thousands.

“It’s funny when you think about it but playing in a jazz club can be just as intense, maybe more so, as playing in a rock auditorium and I love both experiences,” he says. “Playing to a small jazz audience, you’re so aware that everyone’s listening intently, and that’s good. But you’d think that having all these people watching you on a rock concert would be more intimidating and I actually found playing with Aura Dione a lot of fun, no pressure. Besides, when I’m working I’m happy.”

Seimetz’s introduction to jazz came through pianist Oscar Peterson, whose trio’s recordings with trumpeter Clark Terry were, he says, his university.

“My favourite drummer when I was starting out was Mel Lewis, because I loved the way he drove a big band. There are a thousand important jazz names – including obvious ones like Duke Ellington and Count Basie – but for me, Oscar Peterson was special, a great starting point. The groove and the way he swung were so intense that if you’re a rhythm section player, certainly, you’ll learn pretty much everything you need to know from his records.”

From listening to small group jazz Seimetz moved on to big bands and took great delight in being “in charge of everything” sitting at the back of an orchestra. The feeling of upwards of a dozen musicians swinging together, and being the one who is providing the energy, is difficult to replicate in other musical situations and a particular honour he was able enjoy came when Herb Geller, the American alto saxophonist who made his home in Germany for many years, asked Seimetz to play on a recreation of the Art Pepper + Eleven album, Geller having somehow inherited the original arrangements used on the classic Pepper recording.

When it came to putting his own group together and recording My Everything, Seimetz found himself in a quandary. A big band was economically impossible but other than that format he wanted to bring as much of his musical experience together as possible. He also doesn’t compose, although he has tried. So he asked a saxophonist friend, Max von Mosch, if he had any unused compositions and was sent fifteen MP3s and told to take his pick.

“It took a while to decide how I’d want a band of mine to sound,” says Seimetz. “I was curious and I wasn’t even thinking about releasing an album. I just wanted to find out what sort of album I could make, even just to distribute among friends. But the first company I approached said, yes, let’s do this and suddenly I was a recording artist.”

Alongside von Mosch on saxophone, Seimetz has two Scots in his band, pianist Dave Patrick, with whose Stravinsky project Seimetz toured, and bassist Andrew Robb, the London-based former Young Scottish Jazz Musician of the Year.

“Although I don’t compose I can arrange music and Max let me change a few things on his tunes, a bassline here, a groove there, and I turned one piece into a soul ballad because I’ve worked a lot in that style and wanted to include it,” says Seimetz. “So the music we play isn’t mine but it has my stamp on it.”