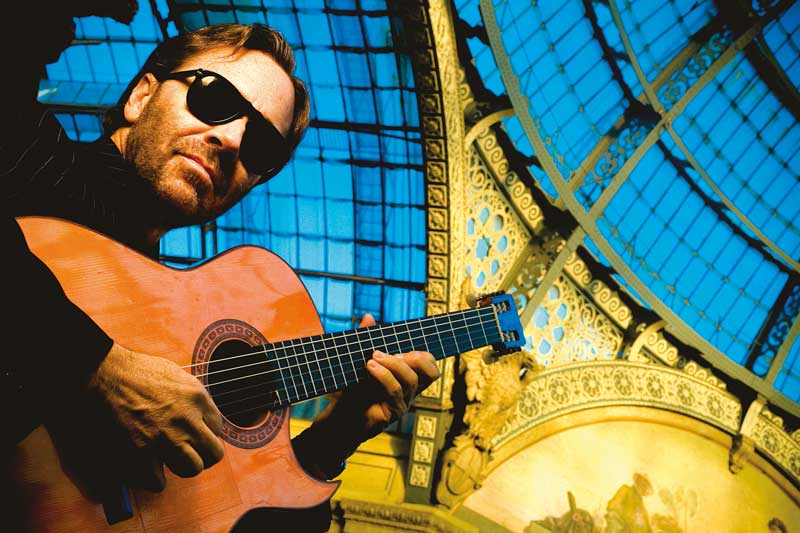 Al Di Meola has been recognized internationally over the past four decades as virtuoso of the highest order.

A prolific composer and prodigious six-string talent, Di Meola has amassed over 20 albums as a leader while collaborating on a dozen or so others with the likes of the fusion supergroup Return To Forever (with Chick Corea, Stanley Clarke and Lenny White), the celebrated acoustic guitar trio featuring fellow virtuosos John McLaughlin and Paco de Lucia, and the Rite of Strings trio with bassist Clarke and violinist Jean-Luc Ponty.

While his dazzling technique on both acoustic and electric guitars has afforded him regal status among the hordes of fretboard aficionados who regularly flock to his concerts, the depth of Di Meola’s writing along with the soulfulness and his inherent lyricism of his guitaristic expression have won him legions of fans worldwide beyond the guitar aficionado set.

Al Di Meola along with Mario Parmisano (Piano), Rhani Krija and Peter Kaszas (Percussion) Will be performing at the Blue Note in Milan fron December 3 through to December 6. There are two shows per night at 9:00pm and 11:00pm.

More Information at the www.bluenotemilano.com