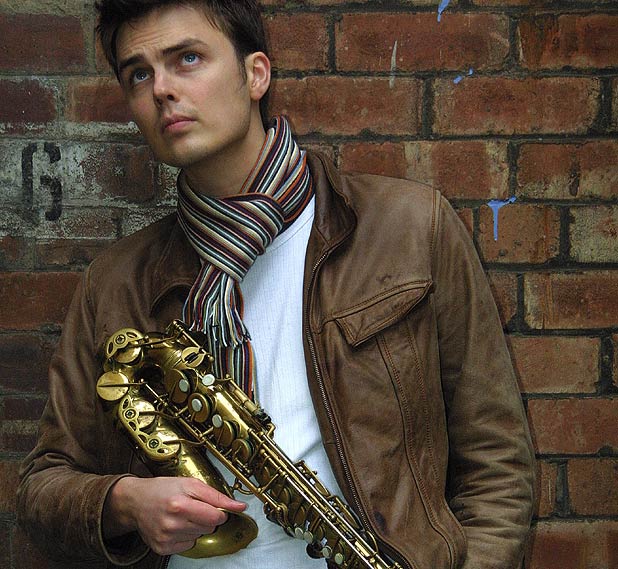 Two of Scotland’s leading jazz musicians step into big shoes when they pay tribute to musical giants at a special concert presentation of the music from classic albums Charlie Parker with Strings and Clifford Brown with Strings at Adelaide’s Auditorium, Glasgow on Thursday, November 27.

Alto saxophonist Paul Towndrow and trumpeter Ryan Quigley will take the roles of Parker and Brown respectively, accompanied by an eleven piece chamber orchestra and a jazz rhythm section.

The concert marks the sixty-fifth anniversary of Charlie Parker’s first recording session with strings under the guidance of legendary record producer and Verve Records founder Norman Granz on November 30, 1949. Parker had wanted to record with strings since his friend and fellow bebop pioneer, Dizzy Gillespie’s 1946 cutting of four Jerome Kern songs in a similar setting that were subsequently blocked from release by Kern’s estate, and the success of Parker’s first six-track ‘with strings’ album led to another album the following year.

The Glasgow concert aims to replicate this enhanced sound and follows Towndrow’s success this summer with his Commonwealth Games project for two big bands, Pro-Am, and recent performances with his organ trio, with the ground-breaking, award-winning horn quartet Brass Jaw and with the Scottish National Jazz Orchestra. Quigley, who is soon to release his second album as a leader on Whirlwind Recordings, has enhanced his standing as one of Europe’s foremost trumpeters with appearances in Holland’s Metropole Orkest as well as sessions and tours with Quincy Jones, the BBC Big Band, Michel Legrand, Tim Garland, Laurence Cottle, and Vince Mendoza.

“It’s really exciting to be following in such illustrious footsteps as these iconic musicians,” says Towndrow. “It’s also quite daunting but the music they created in these historic sessions and the benchmarks they established are also very inspiring. It’ll be a thrill to stand in front of an orchestra and put our own stamp on these classic tracks.”