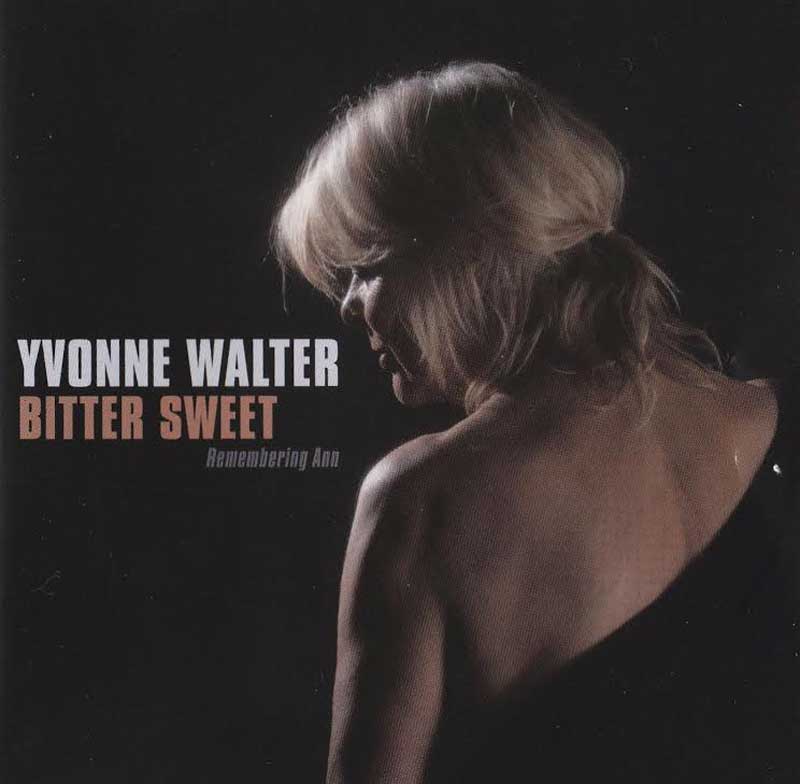 Ann Burton, in the Netherlands known as the antipode of Rita Reys, has been for years one of the leading jazz vocalists in Europe. Where Rita Reys with great panache and technology showcased her singing, Ann Burton was singing in a far more relaxed way. Burton died in 1989, only 56 years old , many fans in Europe and Japan regretted her early death. It was especially in ballads that the real Ann Burton shined. With “Bitter Sweet” Singer Yvonne Walter pays tribute to her.

Some years ago Yvonne Walter made an album full of ballads featuring the the work of John Coltrane. There is no doubt that she knows what she’s doing in handling that genre. She also knows well who to choose for her companions on this new musical journey. Sabin Todorov (piano), Mary Hehuat (bass) and Eric Ineke (drums) play regularly with her in the Antwerp jazz café Hopper. The guest on the CD, multi-instrumentalist Rony Verbiest, is also a frequent playing visitor in the atmospheric establishment of the Belgian port city. Verbiest plays alto saxophone for the occasion and makes for some exciting moments on the album, which mostly consists of standards. They are songs from the repertoire of Ann Burton, and Yvonne Walter sings them with much feeling. One of the thirteen pieces on ‘Bitter Sweet’ is from her hand:  (Song for) “Libra”. The singer has a very distinctive approach to the repertoire. She succeeds in bringing about the atmosphere of the music, supported by fine musical companions.