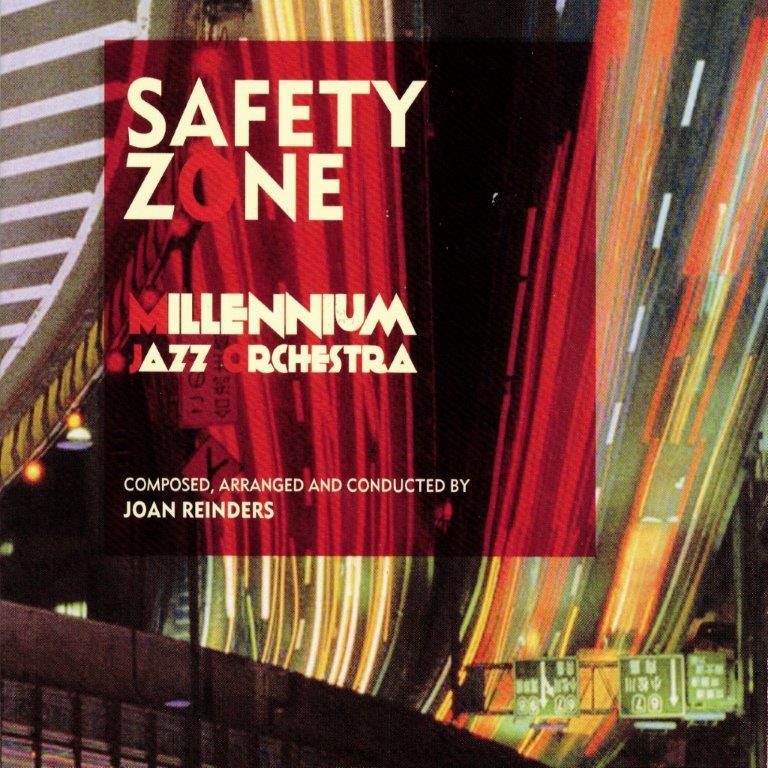 By JACK BOWERS | Courtesy of All About Jazz
Millennium Jazz Orchestra: Safety Zone

With the release of its eighth album, Safety Zone, the Millennium Jazz Orchestra from the Netherlands marks its twenty-fifth year under the astute guidance of composer / arranger Joan Reinders who formed the band in 1989 and recorded for the first time two years later.

As interesting as the orchestra’s growth as a unit has been during that span, Reinders’ development as a composer / arranger is even more so. Based on what he has produced here, one impression that arises is that Reinders seems to have been listening closely to Bob Brookmeyer, Thad Jones and other modernists—a good thing, by the way—as a result of which his themes and charts, which continue to swing with gusto, are weightier and more persuasive than ever.

The bracing opener, “V.W.,” was clearly written as a showcase for the splendid tenor saxophonist Volker Winck who is also featured on Track 2, “The House Code.” In fact, lone soloists are front and center on the first half-dozen of the album’s seven tracks. The others are trombonist Vincent Veneman (Jones’ wistful ballad “A Child Is Born”), alto Gerlo Hesselink (“Safety Zone”), flugel Jan-Willem Te Kiefte (the Don Raye / Gene DePaul standard “You Don’t Know What Love Is”) and pianist Dirk Balthaus (“Mikro Amoudi”). The only number wherein more than one soloist steps forward is the high-powered finale, “Balanced Battle” (more reminiscent of Ernie Wilkins than Brookmeyer or Jones), on which Balthaus, Hesselink, Winck and baritone Job Helmers share blowing space.

The orchestra is sure-handed and secure throughout, with special kudos for the saxophones and (muted) trumpets on “Battle.” The rhythm section, firmly anchored by drummer Felix Schlarmann, lends taut and unflagging support. Brookmeyer’s impact is perceptible again on the buoyant, brass-infused “Safety Zone,” on which Hesselink bares his impressive chops, while Te Kiefte’s sensuous flugel enhances “You Don’t Know What Love Is” and Balthaus’ lissome piano tempers the minor-key tone poem “Mikro Amoudi.” The MJO is a world-class ensemble with charts to match by Reinders who deserves unconditional applause for his remarkable leadership and perseverance. Would twenty-five more years be asking too much?

V.W.; The House Code; A Child Is Born; Safety Zone; You Don’t Know What Love Is; Mikro Amoudi; Balanced Battle.