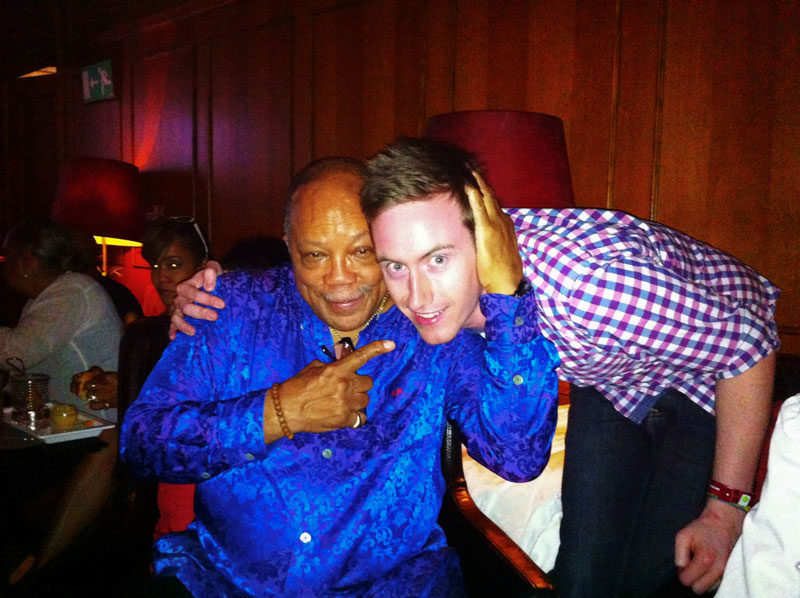 When it comes to professional advice, London-based drummer Ollie Howell, who is about to lead his acclaimed quintet on its first tour of Scotland, can call on the best available.

Howell “floored” Quincy Jones, the legendary film soundtrack composer and record producer who worked with Frank Sinatra and oversaw Michael Jackson’s multi-million-selling album Thriller, during a performance staged to feature some of the best students at the Royal Welsh College of Music and Drama in Cardiff in 2009. This led to Jones, who is affectionately known in the music business as Q, mentoring the Oxfordshire-born Howell and monitoring his progress as he has moved into a full-time professional career.

“Quincy’s one-quarter Welsh and was being presented with an honorary doctorate at the RWCMD when I was a student there,” says Howell. “I was a big fan of his work on Frank Sinatra’s Sinatra at the Sands album and when he invited me to New York to play with some of his friends after hearing me on that concert in Cardiff, I had to pinch myself. He later invited me to Montreux Jazz Festival and Los Angeles and I’ll be visiting him in Los Angeles again later this year to go through plans for my next album.”

Howell has also been taken under the wing of the legendary former Miles Davis drummer Jimmy Cobb, who featured on Miles’s classic Kind of Blue, and is the first musical recipient of a Sky award, having won a Sky Academy Arts Scholarship earlier this year. A television documentary will be screened on the Sky Arts channel during 2015 as a result.

In between these and other career highs, which include winning the prestigious Peter Whittingham Development Award in 2012, Howell has had to deal with being diagnosed with a debilitating brain malfunction, which required urgent surgery and which if it hadn’t been discovered in time could have left him paralysed. He has now fully recovered and named his first album, Sutures and Stitches, which was released on Whirlwind Recordings in 2013, after the experience of undergoing repeated visits to the operating theatre.