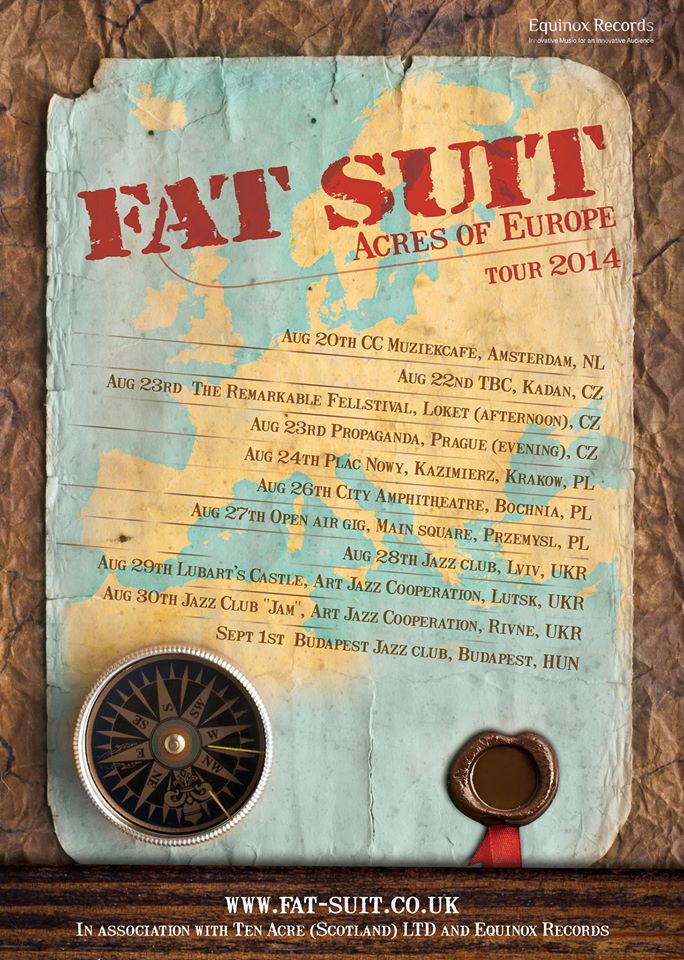 Scottish fifteen-piece fusion collective Fat-Suit have announced their first European tour, beginning later this month. The band, which formed last year and has been likened to American funksters Snarky Puppy, has made a big impression at Aberdeen and Edinburgh jazz festivals this year and recently caused much excitement at the more mainstream music event, the Wickerman Festival in the Scottish borders.

Comprising past and present music students from Glasgow, including Yahama Scholarship 2014 winner, pianist Ustav Lal and saxophonist Scott Murphy, who also features in the Tommy Smith Youth Jazz Orchestra, and finalists in both the Young Scottish Jazz Musician of the Year and the Young Scottish Traditional Musician of the year competitions, Fat-Suit is due to release its second album, the follow-up to last year’s Kambr, later this summer.

Murphy, who composes much of the group’s repertoire, said: “This European tour will be the first time we’ve actually played outside of Scotland and we’re beyond excited at the prospect of taking our music to other countries and new audiences.”

The tour opens at CC Muziekcafe, Amsterdam on August 20 before heading to the Czech Republic, where dates include The Remarkable Festival in Loket on August 23, then Poland and Ukraine, finishing off at Budapest Jazz Club on September 1.