A Jazz Talk with Jamie Cullum 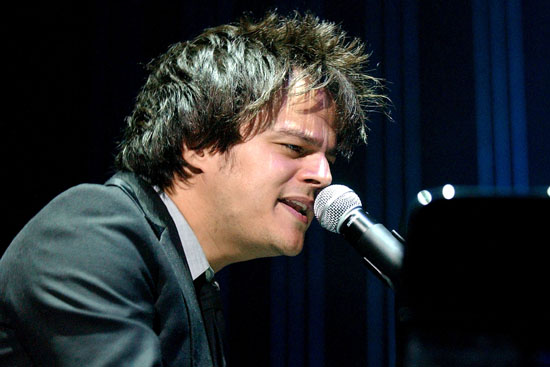 There’s no better way to start the week than an episode of the Jazz Spotlight Podcast like this one! As you probably remember, last week there was a special edition of the show that featured stars from the Pori Jazz Festival: Kevin Eubanks, Pierre Chrétien, Zara McFarlane, Marc Cary and José James.

There are two more great guests of the special edition of the Jazz Spotlight Podcast (in case you’re wondering the episode with the second guest will be online tomorrow).

Today I welcome on the show one of the most successful, talented and coolest performers around: Jamie Cullum!

He’s really the quintessential modern performer: he sings, plays, has his jazz show on BBC Radio 2, was nominated to a bunch of music awards and a Golden Globe for his song Gran Torino (theme of Clint Eastwood’s movie Gran Torino) and had been Guest Director of the popular Cheltenham Jazz Festival.

I caught up with Jamie right before his gig at Pori Jazz Festival to talk about his latest record Momentum, making music with apps (and Jamie told about his favorite ones), Jamie’s jazz influences and much more!

In This Episode You’ll Hear More About: