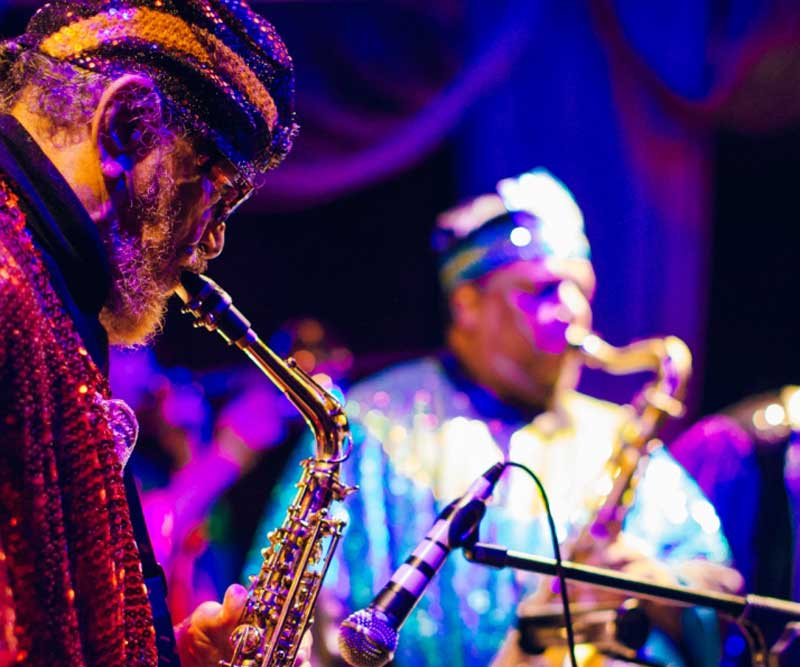 June 18 will see the launch of the first edition of the Veronica’s Tales Jazz Festival in Kamnik Slovenia. The four day festival will be held at the historical castle “Zaprice” and run from June 18th, up to and including Saturday June 21st. Performances start every evening at 19.00, with the main stars of the festival performing at 21.00.

The Veronica’s Tales festival is one of the new breed of festivals that have been popping up in eastern Europe over recent years. The festival is organized by a team of local jazz enthusiasts under the leadership of Zdravc Balantic who have singlehandedly put the village of Kamnik on the map as one of the most important jazz destinations in Slovenia if not all of Eastern Europe. During the last year the Veronica’s Tales monthly concert series has hosted performances from top European and international artists including Miles Smiles, the RTV Big Band, star Croatian vocalist Josipa Lisac and the Kenny Garrett quartet to name just a few.

Wednesday, 18 June
The first day will be devoted to the violin in jazz. First on stage will be the Hungarian band Santa Diver with cute violinist Luca Kezdy, the next concert will be by one of the best contemporary jazz violinists – Pole Adam Baldych with top Polish jazz masters.

Thursday, 19 June
Thursday there will again be two concerts – first Artbeaters, one of the most interesting Slovenian jazz groups of recent times. They bring to the stage a new version of fusion jazz. In 2012 they won first place at the International Jazz Competition in Bucharest. Artbeaters band consists of violinist Peter Ugrin, keyboardist Aleš Ogrin, bassist Jan Gregorka and drummer Anže Zurbi. They are distinguished by original, very listenable melodies and energetic rhythms. At the Kamnik festival appearance, they will be joined by guitarist Igor Bezget and pianist Gregor Fticar.

Then one of the highlights of the festival – Sun Ra Arkestra. It has been one hundred years since the birth of probably the most controversial jazz musician. Some critics did not take him seriously, despite the fact that he has recorded hundreds of original songs. With his unusual appearance and torn philosophy he may have been a misunderstood genius and messenger of a new era. He is also considered to be a predecessor of contractors of free jazz and free improvised music. He has constantly emphasized proudly the African roots of jazz and exposing the spiritual and mystical power of music. He played mostly his own compositions, supplemented by a very unique adaption of famous jazz classics. Sun Ra liked to add dramatic elements to his concerts with group dancing and singing and circus shows. He was even inspired by themes from cartoons. Sun Ra Arkestra was hosted in Ljubljana in 1982, still under the guidance of the Master and in 2001, when the leadership was taken over by his faithful saxophonist, Marshall Allen. This year we will be able to listen and watch them in Zaprice castle. They are coming to Kamnik on their anniversary tour at the 100 anniversary of the birth of Sun Ra and the 90th birthday of conductor Marshall Allen.

For a spectacular conclusion of the first Veronika festival in Kamnik we are proud to present the famous blues guitarist, keyboardist and singer Lucky Peterson. In Kamnik he will be accompanied by his wife, singer Tamara Peterson, keyboardist Marvin Hollie, guitarist Shawn Kellerman, bassist Tim Waits and drummer Raul Valdes. They will mainly present songs from their new disc ‘The Son Of A Bluesman’, released just 4 days before the performance on the Veronika’s Stories stage.

For visitors staying outside of Kamnik, every evening a bus will be available to transport visitors free of charge from the castle to Ljubljana allowing visitors to relish a glass of a wonderful selected wine named Veronica, taste local culinary delights, dress up in a lovely designed T-shirt, with the festival motif, or purchase them for your children waiting at home.