The Passion Of Lorenzo Tucci 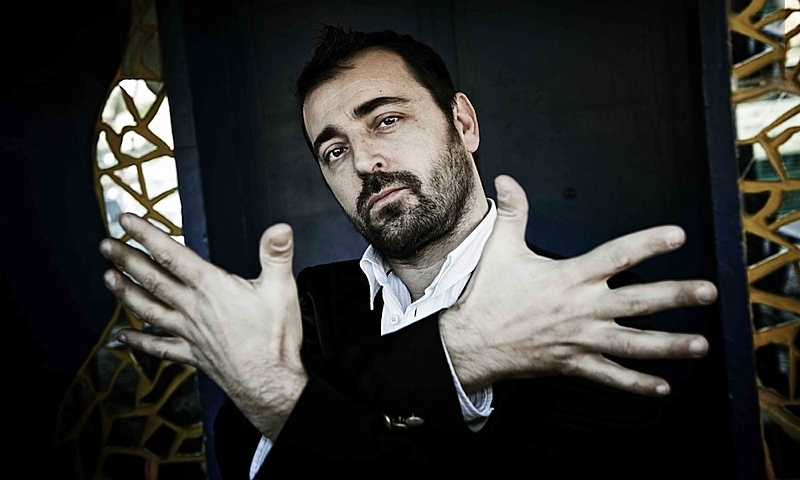 By ROBIN ARENDS | courtesy of  ALL ABOUT JAZZ

Drummer Lorenzo Tucci is an important part of the thriving Italian jazz scene and a musician drawn to experimental settings. He recorded Drumonk (Veneto Jazz, 2007) his tribute to Thelonious Monk without piano, and a piano-trio album, Tranety (Albore Jazz, 2010), dedicated to John Coltrane without a saxophonist.

In the 1990s Tucci started his professional carreer in his hometown Rome, playing with Italian and international musicians. He has collaborated with numerous artists such as Phil Woods, George Cables and Enrico Pieranunzi. He is a man of many styles, one moment he is recording with DJ/producer Nicola Conte, the next he visits the studio to record an album with Brazilian singer Rosalia De Souza or the High Five Quintet, which he cofounded. Recently he released his new album, Drumpet (Via Veneto Jazz, 2014) with Fabrizio Bosso, an uncommon trumpet-drum duo- album, containing acoustic and electrified improvisations on traditional and original themes from folk, rock and jazz music. And Tucci is already full of ideas for 2014 and beyond.

All About Jazz: Lorenzo, you have been professionally active in music for more than twenty years. When and how did your interest in music start?

AAJ: What made you choose the drums?

LT: Before playing the drums I also approached the piano and guitar, and then around the age of twelve I began to play the drums and I haven’t left them since. I feel assured when I am able to study and put into practice the things I have in mind, it’s not a matter of practice or technique, but a mental thing. You have assurance once you dominate the instrument and therefore the music itself.

AAJ: How did you discover jazz music?

LT: I believe that I was illuminated one night whilst listening to the radio, that was transmitting John Coltrane who was playing Giant Steps (Atlantic, 1959), and I said to myself: “this is my music.” I was very young. I come from a very beautiful town called Atessa, in Abruzzo. In the 1980s it was not very easy to buy records there. You had to have great passion in jazz music to discover the latest new releases. However, I found the expressive power of John Coltrane absolutely fascinating. I developed an interest in this great artist and began to do research on him.. Many successful drummers played with him and made history in jazz music. As a drummer myself I couldn’t do more than listen and learn. This is how you learn jazz, by doing a lot of listening.

AAJ: And you went on listening and started playing this jazz music…

LT: My experience has been a kind of evolution that occurred in a small period of time. As a child I was very attracted to music with musicians as soloists. I think from then on I’m attracted by jazz music, although I wasn’t fully aware at that point. Only later on I understood that music with solo musicians is called jazz and then I realised I am a jazz musician. Profession and career come naturally if you have the passion and the desire to study. Jazz music is more than a musical genre but the desire to go beyond the rules, breaking them, taking them to an extreme according to your taste and creativity.

AAJ: Do you regard yourself as part of a common jazz tradition?

LT: I try to play who I am, in the period in which I live, so therefore I feel I am a witness of the period in which I live, of course. I have listened to so much of what great musicians have done before me and as a result I’ve learnt a lot from them. I do not feel like a musician who plays at a specific way, I do not feel like a “traditional” musician. I believe that this is my way to play and you can hear that on my records. Jazz is an art that changes with time and jazz musicians should keep pace with the times and witness what surrounds them, being influenced by the places that change, by the people, by modernity.

AAJ: How do you think jazz music will develop?

LT: I’m always very skeptical of those who say that great jazz that was made in the past can never be made again. The new styles of Coltrane, Miles Davis and McCoy Tyner, exist and will continue to be. Presently, there are incredible musicians that play amazingly with an exceptional talent. Jazz is taught everywhere and I notice that there is much interest in this kind of music. Therefore, jazz develops day by day relentlessly. Everything goes on.

AAJ: Let’s go back to the start of your career. Your cooperation with Rosario Giuliani dates back to 1995. Please, tell me more about your musical relationship with Giuliani.

LT: Rosario and I know each other since we started collaborating in 1995. We have done many things together, many concerts and four albums. Rosario has great musical talent and many great qualities as a leader. He is able to obtain the most from musicians that are around him. He is also a very stubborn and tenacious person, and this is what I learned from him, that talent isn’t enough, but you also need great will and tenacity in order to get good results.