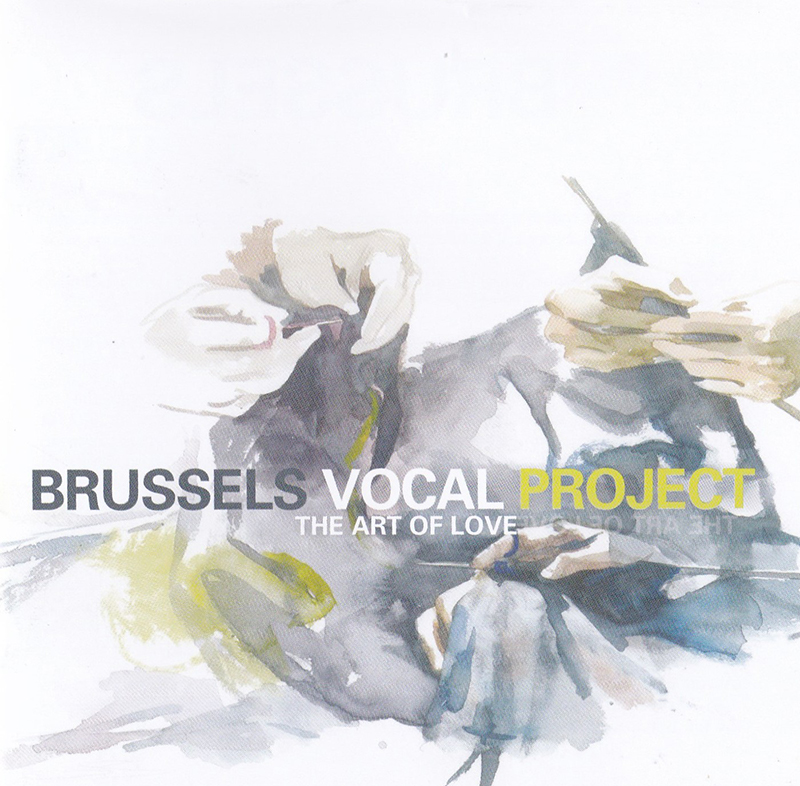 Three women and three men, two Altos, soprano, tenor, baritone and bass. That is the Brussels Vocal Project. The cd The Art of Love is dedicated to the late composer of the piece, guitarist Pierre van Dormael, who wrote it in 1987. The lyrics are from the hand of David Linx, by far the most famous jazz singer in Belgium. And not coincidentally also a teacher at the Conservatory in Brussels, where the six vocalists are trained.

The Brussels Vocal project consists of the alten Elsa Grégoire and Anu Junnonen, the soprano Frédérike Trésallet, the tenor Jonas Borsarello-Cole, the baritone Francois Vaiana and bass Gilles Wiernik. David Lynx participates in a song as well as saxophonist and composer Pierre Vaiana.

The Art of Love part I and II are two of the ten compositions on the cd. The others are a tribute to these numbers and by different composers. One of them is Nathalie Loriers, one of the best-known female jazz pianists in Western Europe.

The six vocalists sing her Prelude to Paradise and Toujours Plus Près des Etoiles. And the lyrics in other compositions are not limited to English and French. Finnish can be heard (lyrics by Anu Junnonen), and some Italian as well.

The six young singers provide from a vocal perspective a great achievement. The singing is very well taken care of and it all sounds fine. Jazz with influences from contemporary music. It is clear that performing the compositions is the main goal of this cd. Improvisations have no lead role in this a capella repertoire. Live performance with improvisation would give an extra dimension to the repertoire.