Written by admin| May 27, 2014| All About Jazz, Concert Reviews, Festivals, News 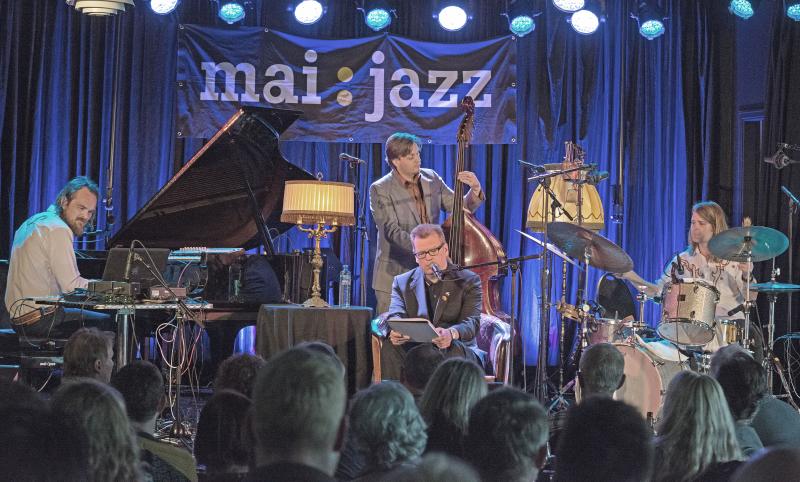 Live review | By JOHN KELMAN | courtesy of  ALL ABOUT JAZZ

After visiting Norway as often as four or five times annually, a first trip to the country in early May is surprisingly late for a first visit of the year. The last time visiting the west coast city of Stavanger was in 2008, part of the annual JazzNorway in a Nutshell event that brought international guests from around the globe to sample Norwegian culture but, most importantly, the vibrant Norwegian scene that has been steadily building (some might say exploding) over the past four decades, but in particular since the seminal years of 1997-98, when a series of recordings—’s 1-3 (Rune Grammofon, 1997), Bugge Wesseltoft’s New Conception of Jazz (Jazzland, 1997), Eivind Aarset’s Electronique Noire (Jazzland, 1998) and, in particular, Nils Petter Molvaer’s Khmer (ECM, 1997)— signaled a paradigm shift in this small country of five million people that makes more compelling music than many larger countries.

Last time, Stavanger was celebrating its year as European Capital of Culture, and so there were a lot of activities built around the event. Mai Jazz 2014 may not have been as auspicious from an international perspective, but as jazz festivals go, it has managed, in 26 years, to maintain a balanced program that places famous international acts alongside others deserving of much more attention, as well as a healthy collection of Norwegian artists from around the country and from the region as well. The festival also participates in an annual competition that, in conjunction with other jazz festivals in cities like Bergen, Molde and Kongsberg, encourages very young up-and-comers with a prize of 150,000 NOK, and has, in past years, selected groups like In The Country, Puma and Albatrosh— all now firmly established acts with multiple albums to their names and, in the case of In the Country, a contract with Germany’s ACT label that is helping it attain greater international visibility.

Read the full review on All About Jazz