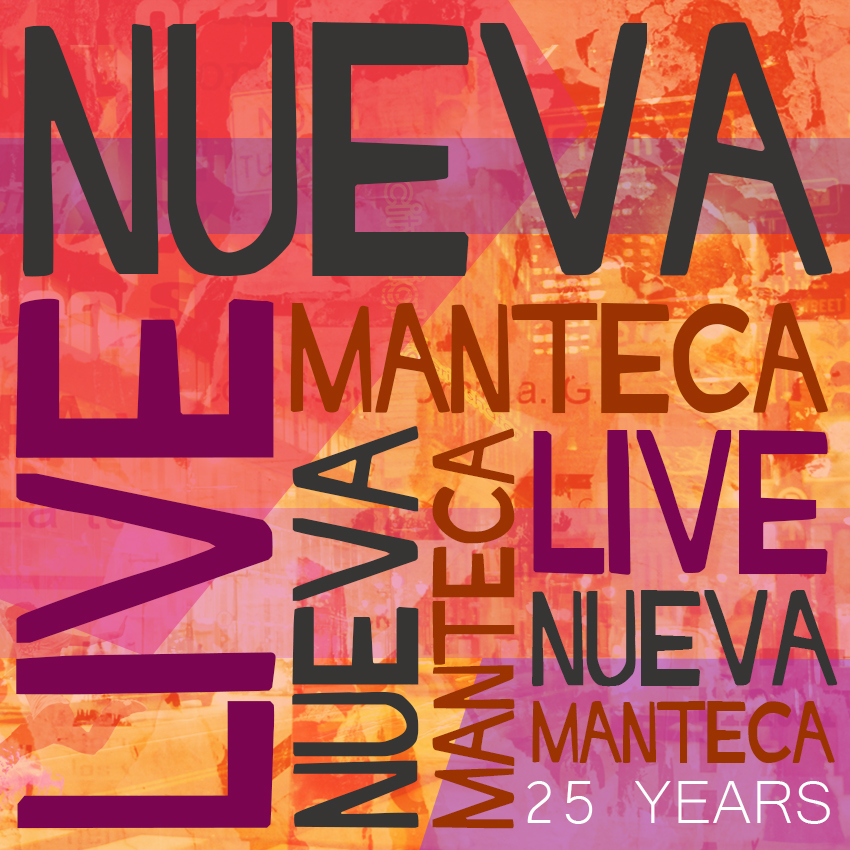 Nueva Manteca has celebrated its 25th birthday, more than, enough reason to bring out a double-cd with two highlights from the illustrious history of the Dutch Latin Jazz group.

Without doubt, Nueva Manteca is one of the most famous Latin Jazz formations in Western Europe. In addition the band has toured during the past quarter century both North and South America.

Twenty five years ago, Pianist Jan Laurens Hartong founded the group. The formation has changed personnel through the years of course and often Nueva Manteca played with two trumpeters, a saxophonist, piano, bass, two percussionists and a drummer. For the cd Live at Bimhuis (Amsterdam, 2013) this standard line-up changed to include a saxophone player, a trombone player, a guitarist and a Hammond organist plus the rhythm section (piano, bass, drums and percussion). That band plays a mix of Latin Jazz and Pop music. Five of the ten numbers that were recorded in the Amsterdam venue are written by master guitarist Carlos Santana.

Arno Krijger‘s Hammond organ plays a clear driving role in the music and also the presence of guitarist Ed Verhoeff is an important addition on the cd. It is not just music by Santana, for example the Marcus Miller classic Tutu has a catchy salsa sound, with a beautiful solo by saxophonist Ben van den Dungen, who has been part of Nueva Manteca from the beginning. In addition, the band can also rely on trombonist Ilja Reijngoud, who excels both in the arrangement and in solos.

The catchy Latin sound combined with energetic jazz generally attracts a wider audience than the traditional jazz lover. I witnessed this when I was at the Schelde Jazz Festival in Terneuzen (The Netherlands), where the music of this cd also was performed.

The second cd in this set is a 1994 radio recording from the then famous Nick Vollebrecht’s Jazzcafe in Laren. This cd is still with the “classic configuration”, with among others the fine trumpet players Toon de Gouw and Jarmo Hoogendijk. Orestes Vilato on timbales is a guest with the band.

After hearing this cd it is clear that after all those years Jan Laurens Hartong still succeeds in letting Nueva Manteca sound fresh and young. He is besides a good Latin-pianist an arranger of exceptional quality.