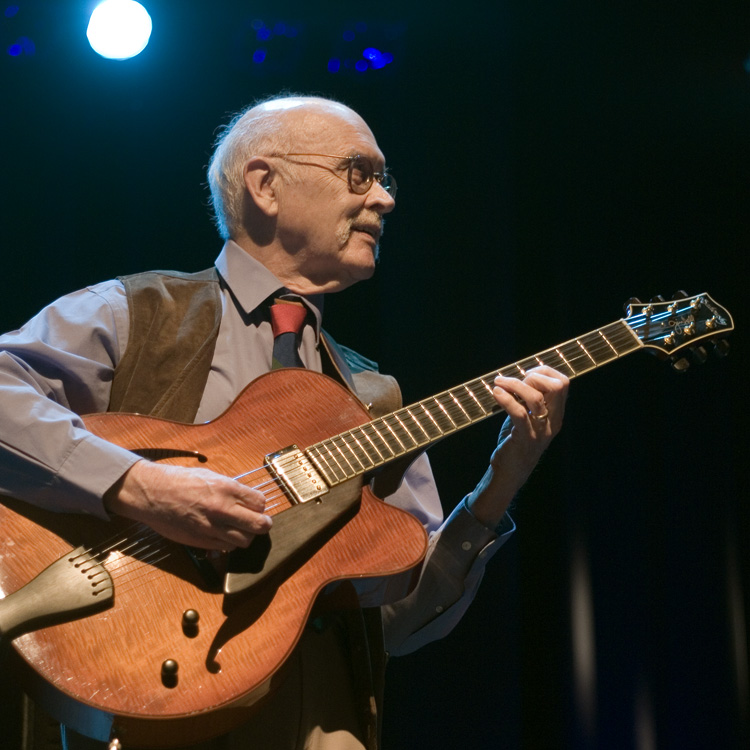 Back in the late 1970’s I had just begun my love affair with jazz. While most of my friends were into Led Zeppelin, Deep Purple and the Stones for some strange reason my turntable was adorned with disks from from the likes of Miles Davis and Bill Evans to name just a few. While Miles and Bill departed this earth some years ago, it seems like over the last 2 years most of the remaining hero’s from my youth have left us to join that great big band in the sky. Today the sad news reached me that one of my favorite musicians of all time, Jim Hall passed away aged 83.

Jim Hall’s wife of 48 years, Jane Hall, confirmed that Jim passed away peacefully at his Greenwich Village apartment in Manhattan after a short illness.

Jim Hall was indeed one of the most influential guitarists in the history of jazz and his introspective approach and lyrical sound can be heard in many players of the generation that followed including Pat Metheny and Bill Frisell. Metheny stated in an e-mail to the Associated Press that “Jim was one of the most important improvising guitarists in jazz history. His musical generosity was an exact reflection of his deep humanity,”

Hall had been active until shortly before his death. In November 2013, his trio performed a concert at Jazz at Lincoln Center’s Allen Room, with guest guitarists John Abercrombie and Peter Bernstein. In addition he had been planning a duo tour through Japan in January 2014 with long time friend, bassist Ron Carter.

Jim hall will be sadly missed by the entire jazz community. Tonight I will be pulling out my favorite Jim Hall album “Jim Hall Live” (released in 1975 on A&M records Horizon label) featuring Canadian bassist Don Thompson and drummer Terry Clarke, dust off my turntable and lift a glass in remembrance of this amazing musician. RIP