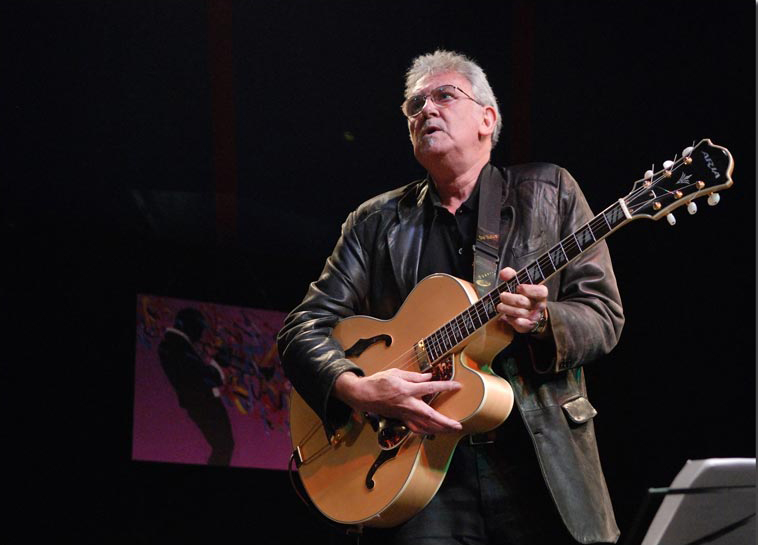 Affleck, who appears with the bands Vieux Carre and Dick Lee’s Swingtet, and Wiszniewski, whose partner in the hugely acclaimed New Focus jazz/classical crossover group, pianist Euan Stevenson was voted Best Emerging Artist, were presented with their awards at a glittering, red carpet occasion in the plush night club Dirty Martini in Le Monde on George Street.

Keith Loxam, who retired from the BBC in the summer after producing programmes including Jazz on Three for many years, was recognised with the Services to Jazz title.

The awards, which are organised by the Scottish Jazz Federation and Audacious Music and are sponsored by the Herald newspaper group, were established in 2010 to celebrate the vibrancy of the Scottish jazz scene across the music’s many styles.

Cathie Rae of the Scottish Jazz Federation said: “We’re very proud of the quality of jazz played both within Scotland and by Scottish-born musicians such as Jim Mullen on the international stage. We’re also pleased that mentors such as Richard Michael and projects including Brass Jaw’s school workshops continue to encourage large numbers of young musicians to take up the music and ensure that the healthy state of jazz in Scotland is on course to continue for years to come. These awards recognise the magnificent effort that goes into sustaining careers and interest in the music.”